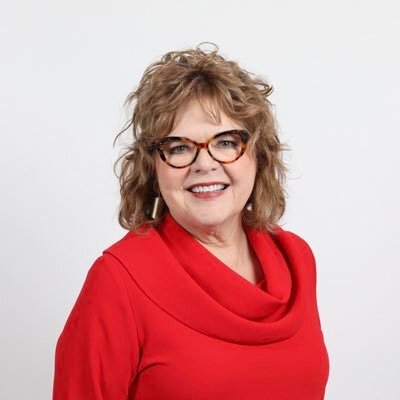 Arkansas-raised and Texas-based Susan Huston has a fifty-plus year career as a fashion model, stylist, runway show producer, and creator of workshops focused on etiquette, grooming, and self presentation.   A self-defined entreprenuer, Huston developed her career by building interconnected freelance gigs and fostering a reputation helping clients develop confidence in themselves in their personal and professional lives.  Early on, Huston moved to Texas to attend a one-year program at Bauder Fashion College in Arlington, where she studied interior design and fashion design.  Though initially interested in fashion illustration, Huston pivoted throughout her career to meet other opportunities in the fashion industry.   To follow these varied threads of her professional life, her oral history interview moves thematically rather than explicitly chronologically.

Huston's longest professional experience is with "charm schools," which she initially started in 1974 through Leonard's Department Store (later Dillard's).  Leveraging her participation in Junior Miss pageants as a teenager and later experience in pageants in Texas where she most often won Miss Congeniality, Huston created "Leonard's Runway to Beauty," which began as a sort of "white glove and party manners" program echoing content taught at other department stores.  During her twenty-six years running this program, Huston worked with around 40,000 girls and produced 374 fashion shows with participants ages 8-18 who attended.  Though framed initially as grooming courses, Huston emphasized alternative paths in the fashion industry to encourage students to think beyond notoriously exclusive modeling and designing and encouraging confidence by offering exposue to situations less familiar to the "McDonald's generation."  Her work continues to evolve, as Huston now offers business etiquette courses and addresses topics like social media and cyberbullying.  Most recently, she'd hosted virtual modeling workshops through her company, Susan Huston Fashion Concepts, which she founded in 1996.

A variety of modeling experiences - runway, catalogue, commercial, informal, and promotional - offered Huston diversified ways of flexing her fashion chops.  Her earlier experiences in the 1970s represented the limitations of the industry - being told that she was not tall or thin enough and witnessing homogenaity in the model pool.  She volunteered for lower profile opportunities at Dallas institutions like informal modeling at Cox's Department Store and country clubs, promotional modeling at the Ft. Worth Auto Show and passing out fliers (often organized through Joan Frank Productions), and later a steady job modeling at an established showroom in the Dallas Apparel Mart.  While there modeling as a size 10/12, the Kim Dawson Agency was searching for a "larger size" model, someone spotted her, had her try on an ill-fitting "potato sack" dress, and Huston was signed on with the prestigious agency.  For ten years, Huston worked with Kim Dawson Agency doing runway, print, market, and promotional gigs, working until she was 37.  Her career as a model on the "small end of the large size," during which she was often told to "go home and eat," she worked through two pregnancies, and she and five other larger size models "worked just as much as tall skinny girls...there were less of us, so we worked more."

Beyond these experiences, Huston's career has touched on several other facets of the industry: acting in the 1975 film Smoke in the Wind, serving as an editor for Indulge and Panache magazines, writing a book about grooming and etiquette, and working with the Miss Texas pagaent, among other experiences.  She credits her dynamic career to her high energy, willingness to try new experiences, and Dallas's nature to have a go-getter and friendly attitude, "aggressive enough to do the job and do it well but maybe a little bit nicer" than people in other American fashion capitols.