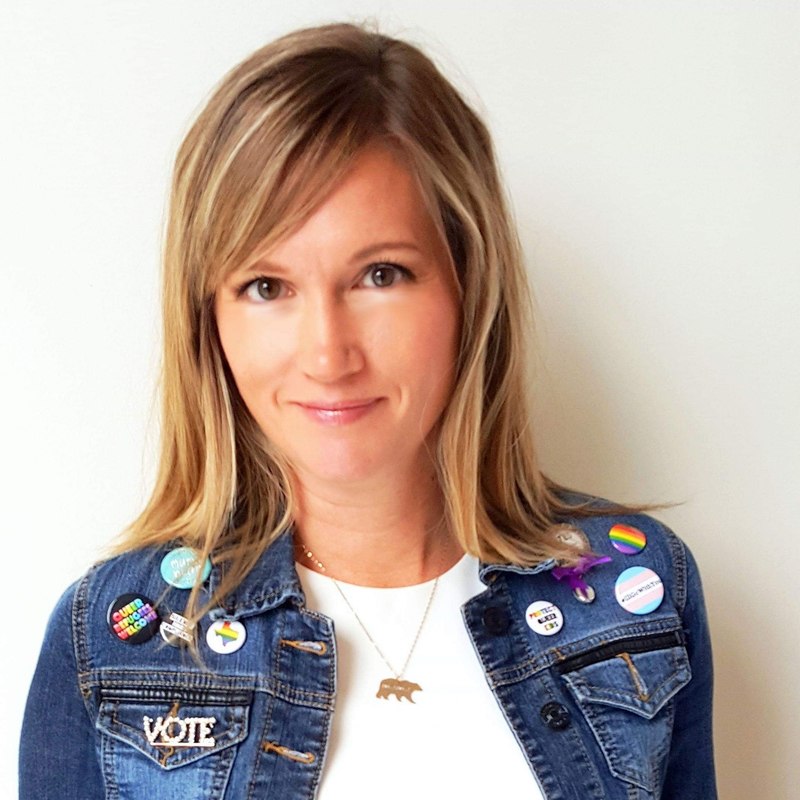 Amber Briggle is a small business owner, activist, wife of University of North Texas Professor Adam Briggle, and mother of two children.  Since moving to Denton in 2009 for her husband to join the UNT faculty, she has engaged in political activism at the local, state, and national levels. In Denton, Briggle has notably served as one of the few female members of several local government councils and commissions, starting with a committee focused on local bike accessibility and then being appointed by a city council member to the Denton City Planning and Zoning Commission.

During the peak of public concern about fracking, Briggle actively worked to balance her positions as an individual and an appointed member of the Planning and Zoning Commission.  Privately, Briggle wanted to keep fracking outside of Denton city limits and recalled caring for her two small children while her husband took a more visible role in the Frack-Free Denton movement.  They opened their home for community organizing and engaged in many late-night conversations about strategic directions for FFD.  However, she made efforts to keep her role in the movement behind-the-scenes and in Commission meetings took her public role in community policy making seriously.  This gave her a unique perspective, working both inside and outside of government to effect change.

Briggle frames the FFD movement and related activity as training for her current advocacy, which promotes transgender rights. Inspired by her son’s experiences and armed with a newfound understanding of "how to stand up to bullies," she has written editorials for the local newspaper, given a TED talk, and even visited the White House under the Obama presidency.

To learn more about Briggle's experiences, please listen to her full interview. Shorter, thematic clips may be accessed through the site's search.