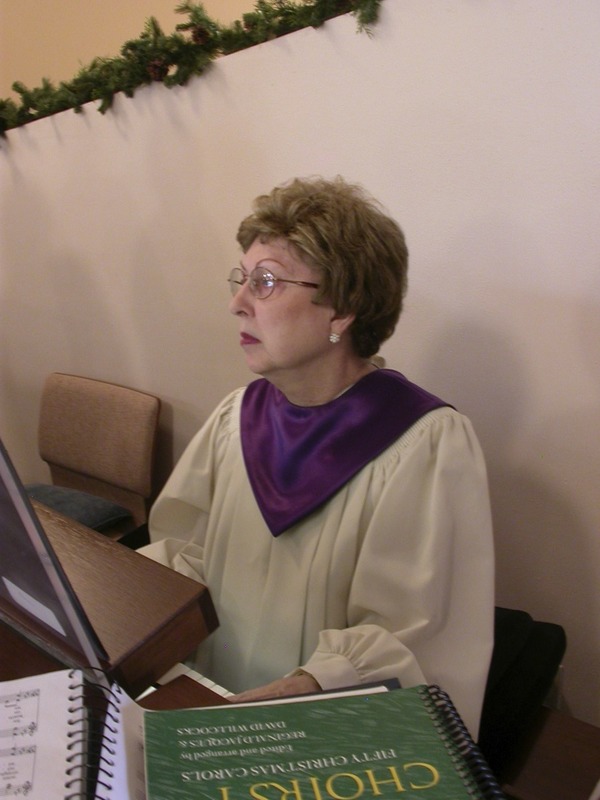 Photo of Ann Barnett with organ

Ann Barnett was born on March 14, 1934 in Nacogdoches, Texas. She grew up in Nacogdoches and attended Nacogdoches High School, which was segregated at the time. Her interest in music developed at a young age. She studied at Stephen F. Austin University for one year before transferring to North Texas State University in 1952. At NTSU, she studied music and eventually earned a master’s degree in music education. While living in Denton, she met her husband, Prentice Barnett, a Presbyterian minister. The pair married in 1955 and have five children. She and her husband became active members of Trinity Presbyterian Church from its founding in 1960, and she served as the church’s organist for over fifty years. She has also taught piano and organ lessons throughout her life. Ms. Barnett was a member of the Denton Woman’s Interracial Fellowship from its beginning in the 1960s, and hosted the group’s second meeting at her home. She ran for a spot on the Denton school board in 1977. She additionally worked as an administrative assistant at Texas Woman’s University and is a member of Sigma Alpha Iota, a music fraternity. Ms. Barnett is an active member of the Trinity Presbyterian community and remains friends with many of the women of the Interracial Fellowship.

Ann Barnett recounts her earliest memories of race relations when she was a child in Nacogdoches, Texas.

Ann Barnett talks about her interest in music 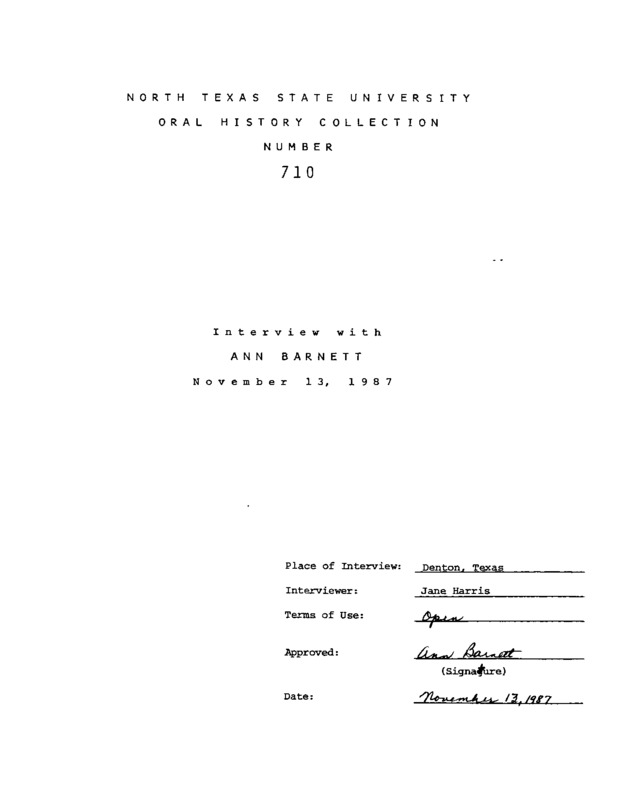