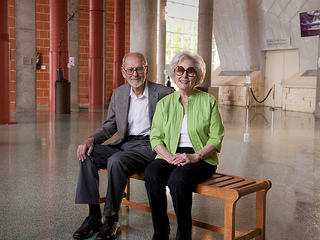 Euline Brock was born in Smith County, Texas in 1932, but spent most of her formative years in a sharecropper’s cabin in neighboring Van Zandt County. Brock graduated from high school (1948), and attended Tyler Junior College (1948-49 and later attended the University of Texas in Austin for her Master’s degree (1952). She later received a Doctorate in History from the University of North Texas. Euline moved to Denton with her husband, Horace, in 1954 and taught freshmen English in public schools. Euline Brock had three kids. Brock later in life, taught at both the community college level and at Texas Women’s University. Brock was a member of the Denton City Council from 1992 to 1998, later serving as mayor pro tem from 1994 to 1998. Brock became mayor of Denton in 2000, and remained in the position through 2006. Brock also played a pivotal part in attaining a substantial NAACP sscholarship for African-Americans beginning in the 1990s

Dr. Euline Brock talks about the beginnings of the Denton Women Interracial Fellowship

Dr. Euline Brock discusses the impact of the DWIF's work on her children.