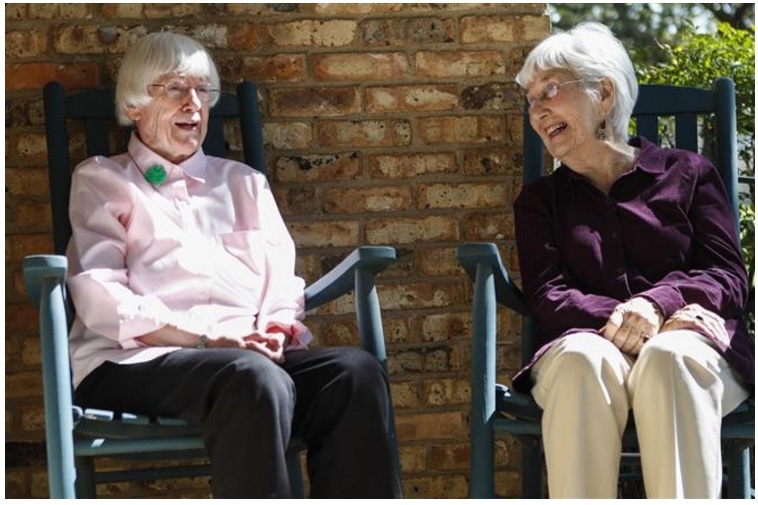 Evelyn Black was born in 1932, in Carroll County, Georgia. Black and her family lived on and operated a turnip farm, along with tenant farmers that leased their land. Black attended junior college at West Georgia College in Carrollton, Georgia, then went for her bachelors at Mercer University, in Macon, Georgia. Once she finished at Mercer, Black taught in the Atlanta public schools in the early 1950s. After a few years of teaching in Atlanta, Black began teaching in Coweta County, Georgia. Then Black began graduate school for counseling and guidance at Florida State University, in 1956.[1] After completing her masters, she worked as an undergraduate counselor at the university. During Black’s time at Florida State, she met her husband, who was also a graduate student. The couple moved to Clemson, South Carolina in 1962, so her husband could finish his dissertation. In 1963, Black, her husband, and her young daughter moved to Denton, since her husband got a job offer at North Texas State. Not long over the move to Denton, Black joined the First Methodist Church, and became acquainted with the Denton Women’s Inter-racial Fellowship through Carol Riddlesperger and Katherine McGuire. Sshe was active in the DWIF thereafter. After the Fellowship ceased major activities, Black raised her family, and worked at the Intensive English Language program at the University of North Texas from the 1970s to 1990s.

Evelyn Black recollects on her childhood experiences in Georgia 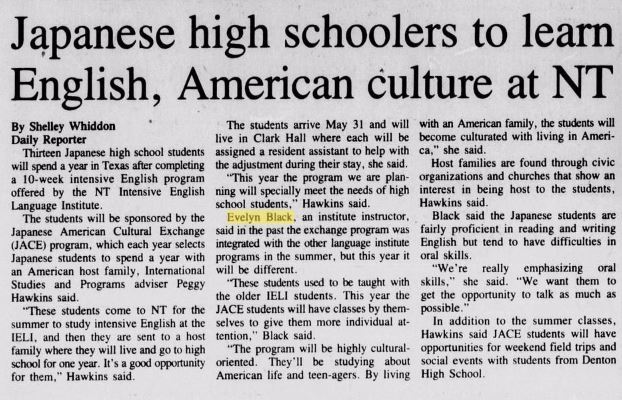 Newspaper article from 1989 pertaining to the North Texas Intensive English Langauge Insitute, featuring Evelyn Black, who was involved in the program from the 1970s to the 1990s (North Texas Daily)
Prev Next