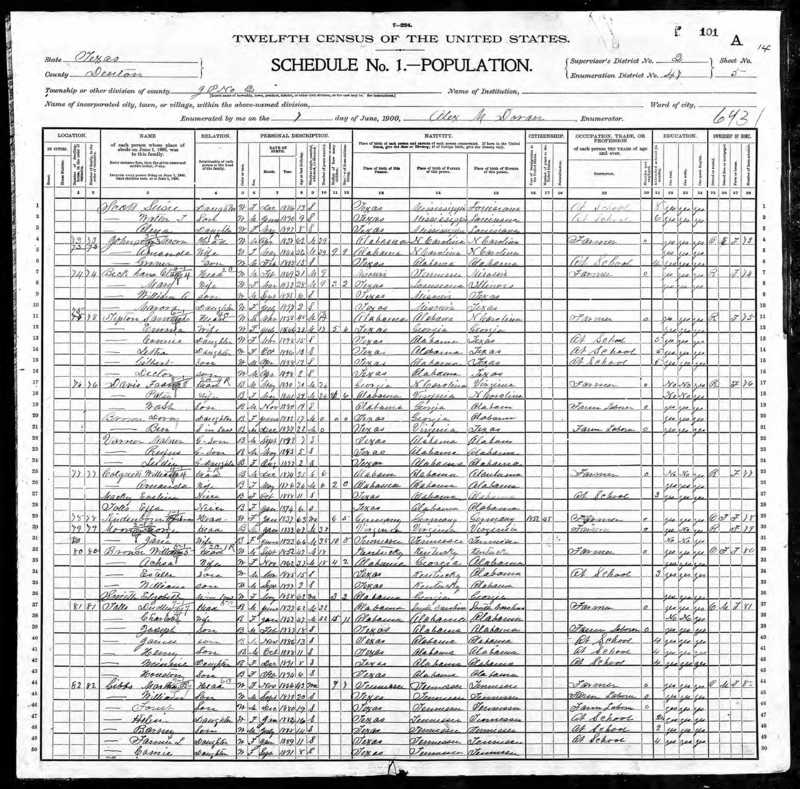 1900 Census of the Davis Family

D. Davis (1882-1905): Dora Davis was born in Texas in 1882 to Frank and Patsy Davis. On January 3rd, 1900, Dora married Ben Brown and the couple lived with her parents until finding their own home. By 1910, the Brown family was living in Chickasha County, Oklahoma and had no children. By 1920, their nephew Val Vaughner was living with them. Ben and Val were working at the railroads, while Dora was working as a washer. By 1940, the Brown family was still living in Oklahoma, with their niece, Zephyr Doyle. Ben was working as a laborer. Dora later died of unknown causes at an unknown time, presumably in Grady, Oklahoma. 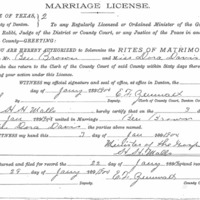 1900 marriage certificate showing the marriage of Ben and Dora Davis 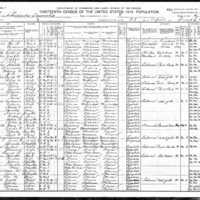 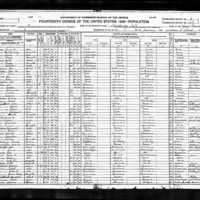 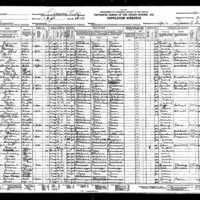 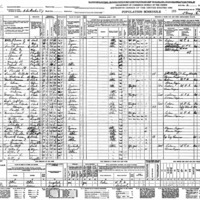