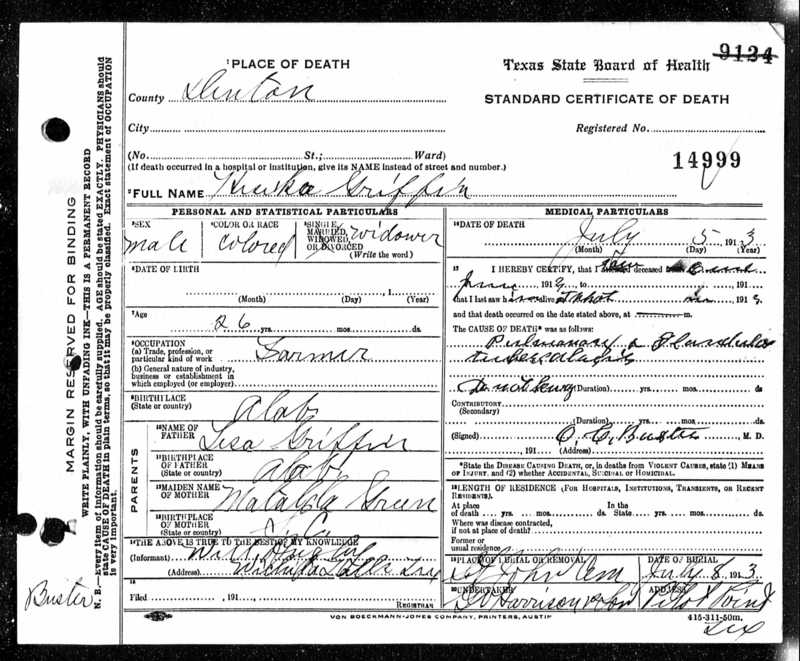 GRIFFIN, HEZEKIAH (1884-1913): Hezekiah Griffin was born in October 1884 to Lis (Les) Griffin and Matilda Green in Alabama. On December 4, 1887, Hezekiah’s mother married George W. Hugley in Alabama. The family settled in Pilot Point shortly after the birth of their last child, Maggie, in 1898. In 1900, Hezekiah lived in Precinct 2, Denton County, along with his mother, step-father, and four of his half-siblings; Clayool (sic) (b.1890), Willie (b.1891), Maud (b.1894), and Maggie (b.1898). Hezekiah could read and write, though he never attended school; rather, he opted to work as a farm laborer on his step-father’s farm. On March 2, 1906, Hezekiah married Lucy Shears in Denton County, Texas. In 1910, Hezekiah is listed in two separate census records. From these records, it appears that Hezekiah lived with his mother and step-father yet worked as a hired hand for Sebe Vaughner. However, in 1910, Hezekiah is listed as a widower as his wife died of unknown circumstances. On July 5, 1913, at the age of twenty-nine, Hezekiah Griffin died of complications due to tuberculosis. Hezekiah was buried in St. John’s Cemetery in Pilot Point, Texas. 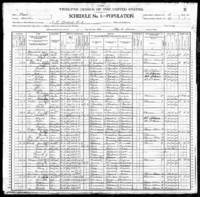 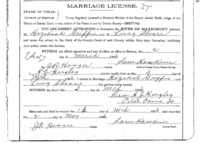 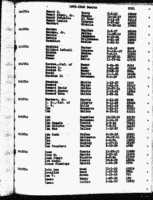