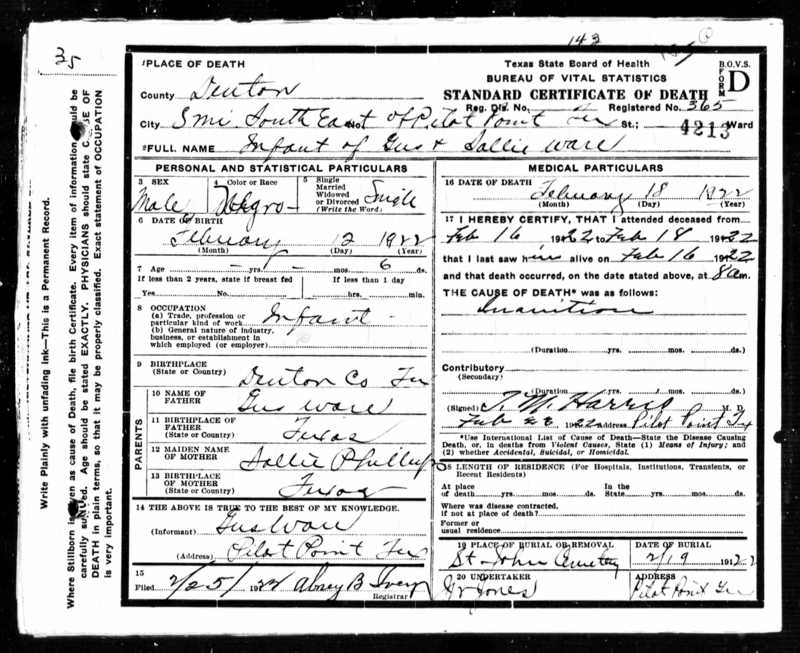 WARE, INFANT I (1922-1922): Infant Ware was born to Gus Ware and Sallie Phillips Ware in Pilot Point, Texas, on February 12, 1922.  Gus and Sallie’s son died of inanition six days after birth on February 18, 1922.  Inanition, or malnutrition, was a common cause of infant death in the early twentieth century.  Gus and Sallie’s son was buried in St. John’s Cemetery.  Unfortunately the only record of their infant son that exists today is his death certificate.