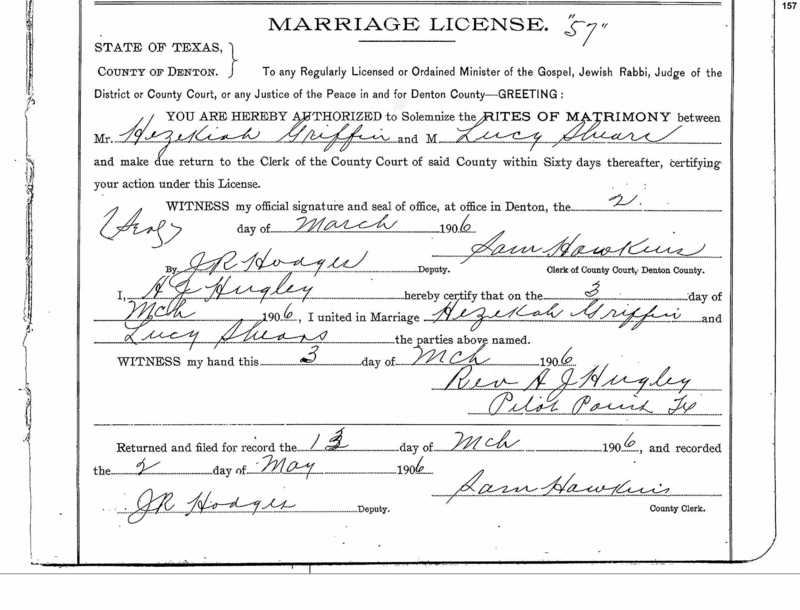 This is the marriage license of Hezekiah Griffin and Lucy Shears. They were married on March 2, 1906.

SHEARS, LUCY (1889-unknown):  Lucy Shears was born in February 1899 to Risom and Harriet Shears in Texas. She is found in the 1900 Census as the eleven-year-old daughter of Risom and Harriet. By 1900, she had three years of education and was still attending school. On March 6, 1906, Lucy married Hezekiah Griffin. The pastor who officiated their wedding ceremony was A.J. Hughley, a pastor from St. John’s Baptist Church. It is assumed that Lucy passed away between 1906 and 1910. She is presumably buried at St. John’s Cemetery with her family and her husband.