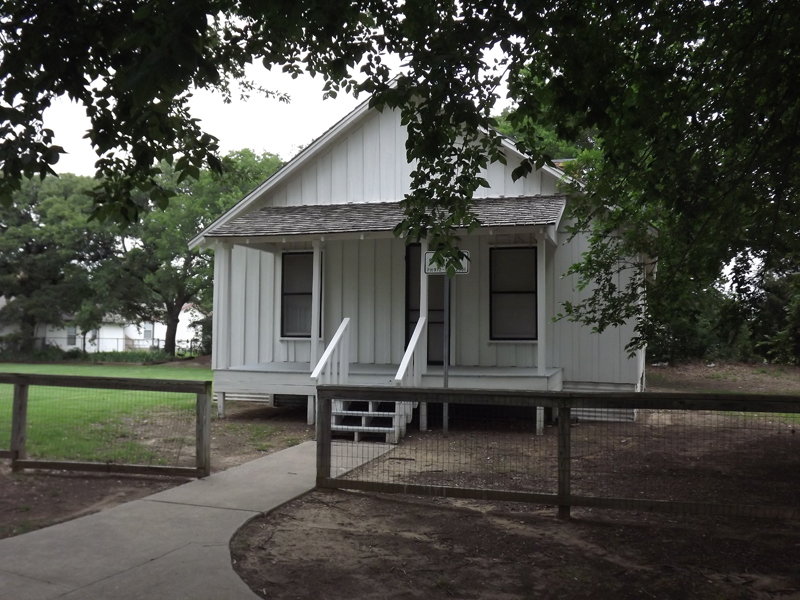 Established on the outskirts of what is now Irving, Texas, Bear Creek is one of the oldest freedmen communities in Texas. Jim Green, a former slave, purchased land near Bear Creek in 1878. By the early 1900s, nine black families owned land in the community at Bear Creek. These residents were farmers who either worked on their own land or sharecropped on others' land. Green and the other residents established Shady Grove Christian Methodist Episcopal Church in 1884 and later in 1917 a school building, which was on land donated by Jim Green to the community.

Founded in 1917, the Freedom School at Bear Creek began as a community-supported facility. During the twentieth century, the school became part of the Dallas County Common School District and was renamed the Sowers School #2 for African-American children. In 1955, the Irving Independent School District annexed the schools in Bear Creek.

During the twentieth century, the areas surrounding Bear Creek began experiencing rapid growth from the Dallas-Fort Worth Metroplex and the related highway and airport expansion. This industrial growth would eventually make its way to the small farming community of Bear Creek, which today is a small neighborhood located in the city of Irving. Some of the descendants of the original settlers of Bear Creek still live in the area and have set up a small museum to honor the memory of the early inhabitants of the community. The cemetery for Bear Creek residents is known as the Shelton's Bear Creek Cemetery, and it has faced a similar fate as the St. John's Cemetery. Much like St. John's, Shelton's Bear Creek is isolated on someone's property, very few people in the community know it exists, and it is very rarely cleaned up. Descendants of people buried in Shelton's Bear Creek Cemetery have seen what Denton County has done for the St. John's cemetery by taking responsibility for it and appropriating nearly $20,000 in funding to the cemetery, and they hope the City of Irving will follow suit for the Shelton's Bear Creek Cemetery.