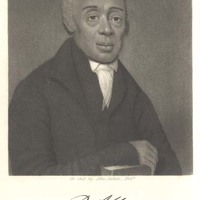 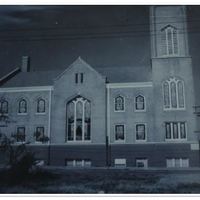 Allen AME Chapel, Fort Worth, TX
Due to the United States’ tense division over slavery during the early and mid-nineteenth century, the AME Church was not permitted to operate in Texas and other slaveholding states.  There were instances where AME churches aided runaway slaves from the South and aided slave insurrections. For example, many of the four thousand members of the first AME church played a role in the 1822 slave insurrection led by Denmark Vesey.  The formation of the Methodist Episcopal Church, South, in 1844 is a prime example of the period’s sectional tensions, since the ME South Church separated from the ME Church to permit slaveholding among their members.
The AME Church’s membership spiked as they were permitted to operate in the South after the Civil War. Missionary organizations from the AME Church and other Methodist denominations were crucial in forming the earliest AME congregations and providing education for freedmen and women.  M.M. Clark led the first efforts to form the first AME Church missionary in Galveston, Texas, in 1866. The first annual Texas conference of the AME Church met in 1868, in Galveston. By 1890, AME membership in Texas reached to 23,000 and membership reached to 32,000 by 1926, second behind only the African American Baptists.
In Denton County, there were at least two AME churches that organized during the late-nineteenth or early twentieth centuries, including St. Mark AME, in Pilot Point and St. James AME, in Denton. Denton County AME churches, like other predominantly African American congregations, formed networks with other North Texas churches through the West Texas Conference that organized in 1875.  Before the formation of the West Texas Conference, the Texas Conference founded Paul Quinn College, where at least a few African Americans from Denton County attended.