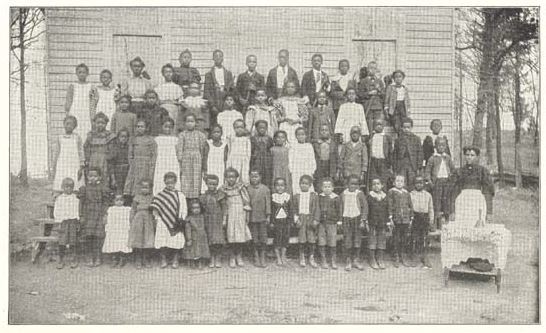 Students standing in front of a Baptist-sponsored school in Chattanooga, TN, 1902

Aside from the desire for former slaves to form local autonomous churches, they also wanted education for their community. Following the Civil War, before the establishment of public school systems in the South, churches were used for teaching and as a gathering place for community activities. The ministers of local African American churches were often prominent leaders of the community who performed other duties besides preaching, and might serve as community leaders, teachers, and business strategists.  For example, C.C. Trimble and W.P, Huntley of Pilot Point, Texas, served as ministers for County Line Baptist Church and other churches, and as educators for the African American school in town during the late-nineteenth and early twentieth century.