Black and white rural church goers in the South during the late nineteenth and early twentieth centuries lived during times of uncertainty. While congregations were racially divided, they often faced similar challenges. In many rural communities, there were numerous churches, but it became increasingly difficult to muster the funds needed to operate a church, as members of the gentry often moved closer to urban areas, which put the funding responsibility on poorer community members.  Lack of funding could have been a factor for the demise during the 1930s of St. John’s Baptist Church in Pilot Point, Texas. Rural church membership was lower in rural areas of the South than the urban areas of the country. Church membership in rural communities typically ranged from 10% -60%.  Areas with larger black populations usually had higher church attendance. Preachers in the rural South were central figures in their community, especially in African American communities. They often held other occupations besides preaching, since preaching usually did not pay well. About half of southern preachers were forced to work other jobs to support themselves.  For many southerners, especially black southerners, church was central to the community during the late nineteenth and early twentieth centuries and remained central into the mid-twentieth century as they became a major force behind the Civil Rights Movement. 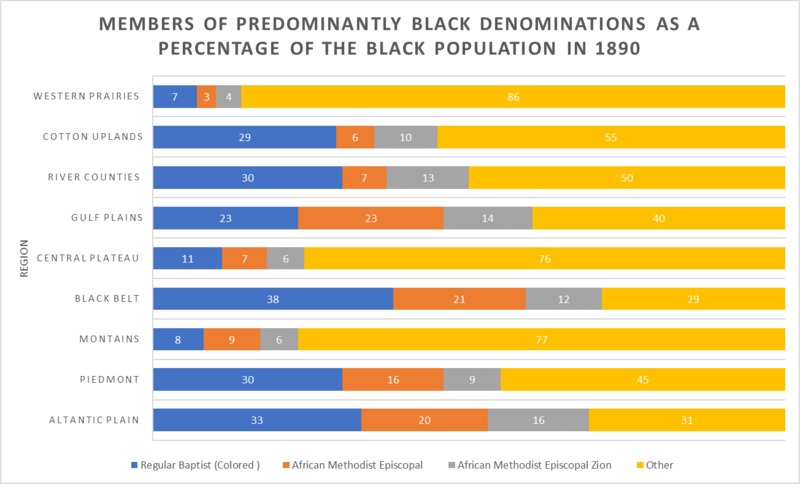 Members of Predominantly Black Denominations as a Percentage of the Black Population in 1890.