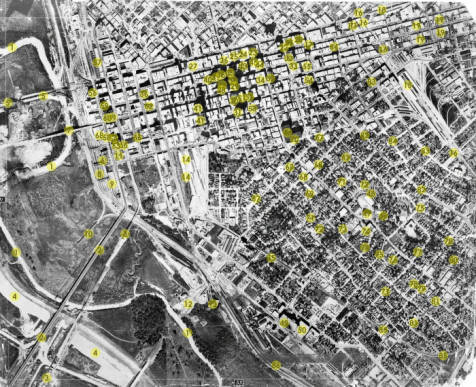 Founded in the early 1870s after the conclusion of the Civil War, the Deep Ellum freedmen’s community was located on Elm Street, west of downtown Dallas, around the Houston and Texas Railroad lines. Deep Ellum’s location far east of downtown made it a desirable option for recently freed slaves who wished to remain within an urban environment while maintaining autonomy from local whites. It was so named due to a colloquial pronunciation of the titular Elm Street by the African American and immigrant groups that called the region home.

Deep Ellum’s economy set it apart from the traditional employment patterns followed by many other freedmen communities settled in Texas after the conclusion of the Civil War. Home to several major industries founded from 1889 to 1914, residents of the community had access to numerous factory jobs. Founded in 1889, Robert S. Munger’s Continental Gin Company established a factory within the bounds of the community that produced cotton gins during the first half of the twentieth century. Additionally, in 1914, Henry Ford Established the Southwestern Ford Assembly Plant in the neighborhood. The Houston and Texas Railway lines additionally provided avenues for those within the community to travel to other counties to work in the farming industry during times that required more labor. 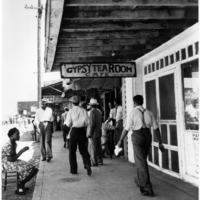 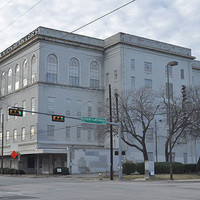 Grand Temple of the Knights of Pythias

Deep Ellum was a vibrant and thriving community until 1940s and 1950s when the development of suburbs and economic decline effectively eliminated the community. The growth of suburban areas after the conclusion of the Second World War combined with an increased ownership rate of automobiles pushed business and individuals out of the urban centers of the city. Additionally, during the period the Houston and Texas Railroad lines and their central station stopped being used, which greatly harmed the economic viability of the area. However, during the 1980s and 1990s the areas underwent a massive redevelopment project, which transitioned the area into an arts and entertainment district paying homage to its heritage to its historic Blues scene of the 1920s and 1930s.