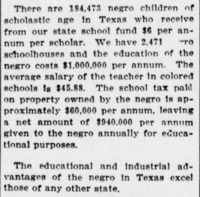 An 1911 article in the Post-Signal detailing the triumph of the African American education system in Texas.

The community of Pilot Point had a formally organized colored public school built in 1900, after the City Council approved the request to start organizing and building a building for the school in 1896. The school served students from 1st through 8th grade, after which students who desired to continue their education would have to go to the Fred Douglass School in Denton, Texas. This remained the case until integration closed the school in 1964. In other communities in Denton County the situation was much the same, with the only High School for black students being located within Quakertown in Denton itself.

The Denton County Superintendent gave yearly reports on the state of schools in the county every October, and these reports included information about the colored schools in the county in addition to the white schools. Information included in the reports included: the number of teachers, their salaries, their certificate levels, the condition or libraries and schools, and the number of students. Education as a whole was important to the African American community – with student enrollment numbers remaining consistent over the years. There was a steady increase of school enrollment, which coordinated with the population growth. In the late 1920s-1940s, there was a population flux due to people moving from rural areas to the city and then back again during the depression. 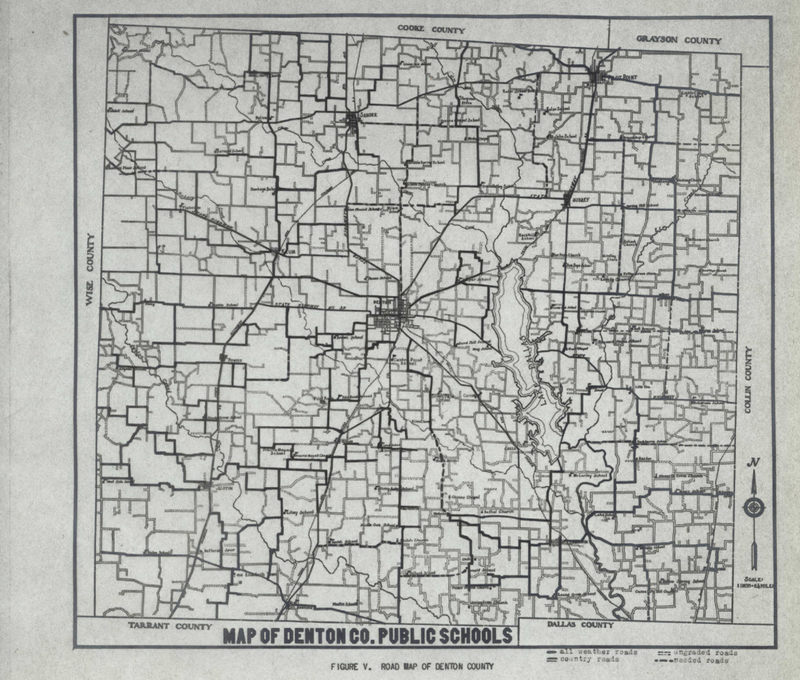 In the top right corner St. John's School is labeled on the map, near Pilot Point.
Prev Next