Gainesville Chamber 707 was a chapter of the Mosaic Templars of American (MTA), an entirely African American-run, national organization active in 26 states throughout the United States. While Chamber 707 was not a geographic place, the institution had several characteristics that were similar to freedmen's communities.

Founded in 1883, the MTA based their operations out of their Grand Temple in Little Rock, Arkansas. Founded by former slaves John E. Bush and Chester W Keatts, the main aim of the organization was to provide burial and life insurance to their members. Eventually the group ceased operations due to economic fallout from the Great Depression. Before the MTA vanished, they established a Monument Department in 1911 as part of their burial insurance policies. Entirely financed by members paying an annual tax, the department ensured that each paying member received a marbled marker for their grave when they died. The markers all shared a similar mold, with the emblem of the MTA at the top, and the chapter inscribed at the bottom. The headstone of Martha Billingslea, a member from Gainesville, and that of a Claudia Black from the Solid Rock Chamber, demonstrate the similarities across MTA markers. There are no records of the former organization, but markers like the one's in St. John's Cemetery remain to show what the organization accomplished in its brief, fifty-some-year existence. Today, their memory exists through the Mosaic Templars Cultural Center, a museum based in Little Rock, Arkansas, to help commemorate the achievements of the African American led organization. 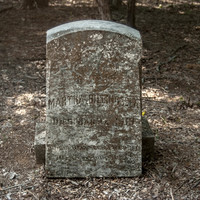 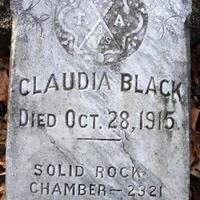