The Garden of Eden community formed in the city of Birdville (which has since been absorbed by Haltom City). African Americans first arrived in Tarrant County as slaves The Loyd family settled first in Tarrant County and the Boaz family came in 1859. After the Civil War, newly freed African Americans settled on land near the homes of their former masters, in the river bottom lands between the Trinity River and Little Fossil Creek. These lands proved prone to flooding, which made them undesirable to local whites. The land was therefore cheap enough for African Americans to afford and the nearby Trinity River provided water for both cattle and agriculture.

The Loyd and Boaz families worked to clear the river-bottom land for farming. Green Loyd did better for his family than the majority of the freedmen in the area. This is due to him maintaining a good working relationship with the white Loyd family after gaining his freedom. In 1879, Major Cheney moved to the area and then married Malinda Loyd two years later, beginning a family that would be central to the Garden of Eden. Major Cheney was born in Lavaca County in 1856, and his mother was a slave while his father was a white land owner. While most mulatto children were not acknowledged by their white parents, Major Cheney’s father, Dick Cheney, gave Major his name and his freedom. Major Cheney was raised by the Cheney family, and it is likely that during this time he farmed and raised cattle. Major Cheney acquired land within the Garden of Eden community in 1887, and eventually acquired more than 200 acres for his family, where they grew a variety of crops. As his children grew up, they built houses on Major Cheney’s land thus making it feel like its own little community.

The nearby Birdville Independent School District did not provide an African American school, so the Cheney family petitioned the school district create an African American school and they donated land for the schoolhouse to be built upon. The schoolboard for the white school appointed the Ed Boaz and Oscar Loyd as trustees for the Birdville Colored School. The school opened in 1888 and it was attended by members of the local families. The school did not remain open for long, closing in 1906.

Major Cheney, a founding member of the community, passed away in 1925, and his wife Malinda Cheney passed away in 1931. Their descendants continued to live on the land, although the house built by Major Cheney burned down in 1946. Eventually the Cheney family land was sold and used to build housing for African American soldiers returning from World War II. The Loyd family land was sold in 1915 to a family friend and has since passed through multiple owners. The new African American housing development that was called the Joe Louis Addition opened in 1948, and it was unincorporated in Tarrant County. Eventually an incinerator was built nearby, and the African American families protested in the late 1960s which had no impact until white families complained. While the community itself is no longer active, the descendants of these families work today to preserve the memory of their ancestors and to share their story. 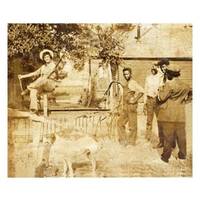