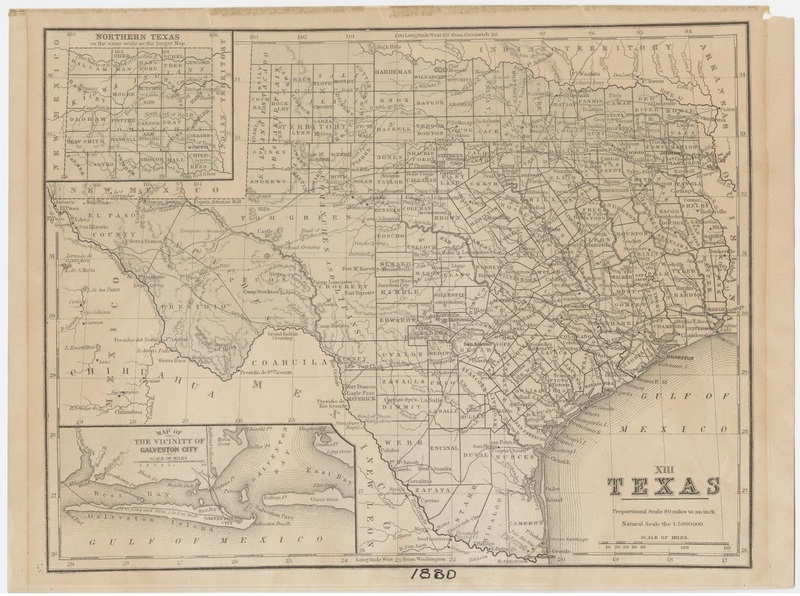 After the Civil War, the states of the former Confederacy lay in ruin.  This included the state of Alabama, from which most of the St. John’s community originated.  Confederate soldiers made their way back home only to find their farms and thus their livelihood in ashes.  Men returned to starving wives and children, cities and businesses burned to the ground, and a social structure that had been upended by emancipation.  Many decided that it was fruitless to rebuild and sought a new start on the western frontier... in Texas.

Compared with the rest of the Confederacy, Texas remained relatively unscathed by the Civil War.  It lies west of the Mississippi River and once Union forces took complete control of the river by forcing the surrender of Vicksburg, Mississippi, Texas was cut off from the rest of the Confederacy.  The U.S. Army made two attempts to conquer the Lone Star State, but both met with limited success.  In all, by the end of the Civil War Texas maintained its infrastructure and its economy was relatively unharmed.  For this reason a flood of migrants from the Southeastern United States began picking up and moving to Texas writing “Gone To Texas” or simply “GTT” over their doorways.  Between 1870 and 1890 the state’s population grew 173 percent. During the same time period, the African American population in Texas grew from 253,475 in 1870 to 488,171 in 1890.

The people of St. John’s community were a part of this migration and growth in population.  Railroads connected North Texas with the Southeast and the wider world by the mid 1880s, and it is possible that they made the arrival of many members of the St. John’s community possible.  During the same time period, many people sought work and a new start in the West.  In a migration known as the Exoduster Movement, thousands of African Americans left the Southeast for the Great Plains as settlement of that area was encouraged through the Homestead Act of 1862.  This opened up opportunities in North Texas (on the far southeastern edge of the Great Plains) and may have been one of the pull factors that brought the people of St. John’s from Alabama and Missouri to Texas.  Unfortunately, the exact reason the St. John’s community came to North Texas is unknown.  While it remains a mystery, this exhibit showcases a few of the infinitely possible reasons why and how members of the St. John’s community came to Texas.