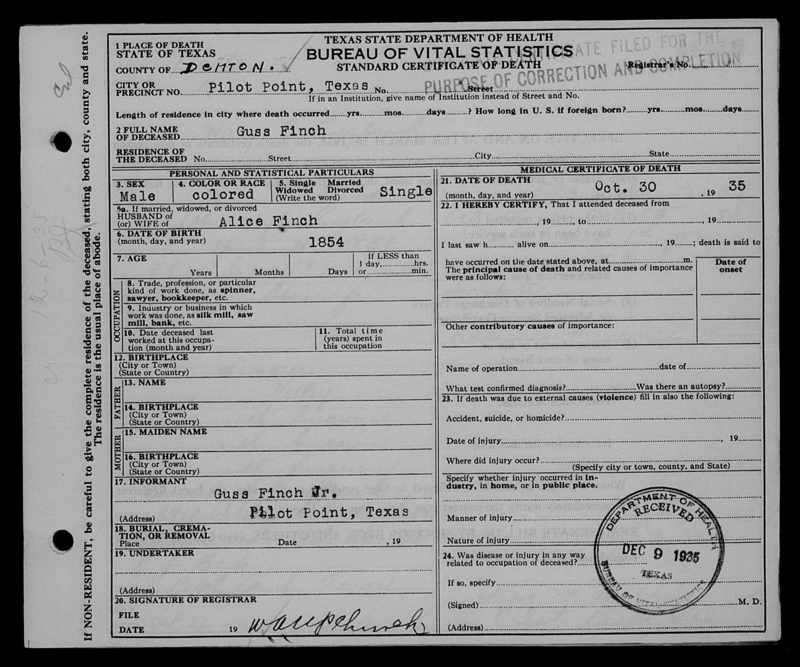 FINCH, GUSTAVUS (1854-1935): "Gus" Finch was born in Alabama in 1854 and worked the railroads as a young adult, living among other workers and his white boss John Lowe.  In 1875 Gus married the fifteen year old Josaphine Finch and within the year they had their first child together.  After five years of marriage, the family had another child, Mattie Finch, and shortly thereafter the young family of four moved to Pilot Point, Texas.  His wife, Josaphine, died in 1892 and Gus quickly remarried Maria Combs later that same year. With Mariah, it is believed that Gus had four more children, including Mary Finch.  Gus died of a valvular heart lesion in 1935 and it can be assumed that he was buried at Pilot Point Memorial Cemetery.