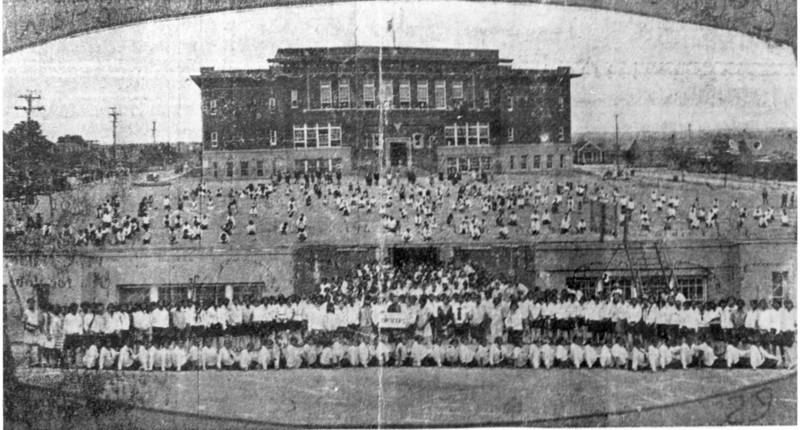 Founded as the “East Ninth Street Colored School,” the first public school for African Americans in Fort Worth opened with Isaiah Milligan Terrell as the head of the school in 1882. The school moved twice – in 1906 and in 1910 before being renamed I. M. Terrell High School in his honor after he left to become an administrator at Prairie View State Normal School. It moved to it’s final location in 1938 as a Public Works Administration project.

I.M. Terrell High School was the only African American public High School in Fort Worth, and as such it catered to students from across Tarrant County who wanted to continue their education.

The school closed in 1973 after the Fort Worth ISD was integrated, but reopened as an Elementary School in 1998. The location holds a Texas State Historical Marker.