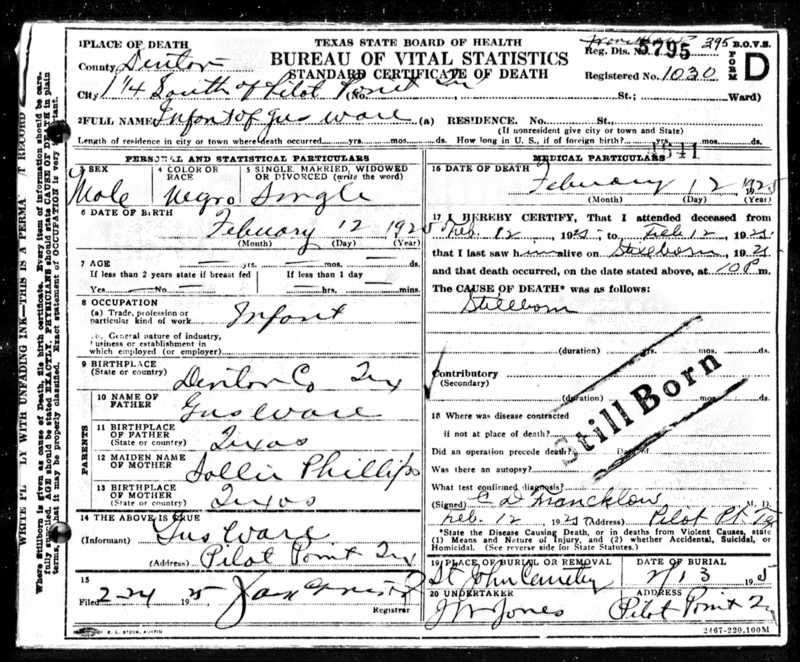 WARE, INFANT II (February 12, 1925-February 12, 1925): Infant Ware was delivered stillborn to Gus Ware and Sallie Phillips Ware on February 12, 1925.  This was the second infant lost to the Wares.  Coincidentally, both of the infants were born on the same day exactly three years apart. Like his brother, this infant was buried in St. John’s Cemetery.