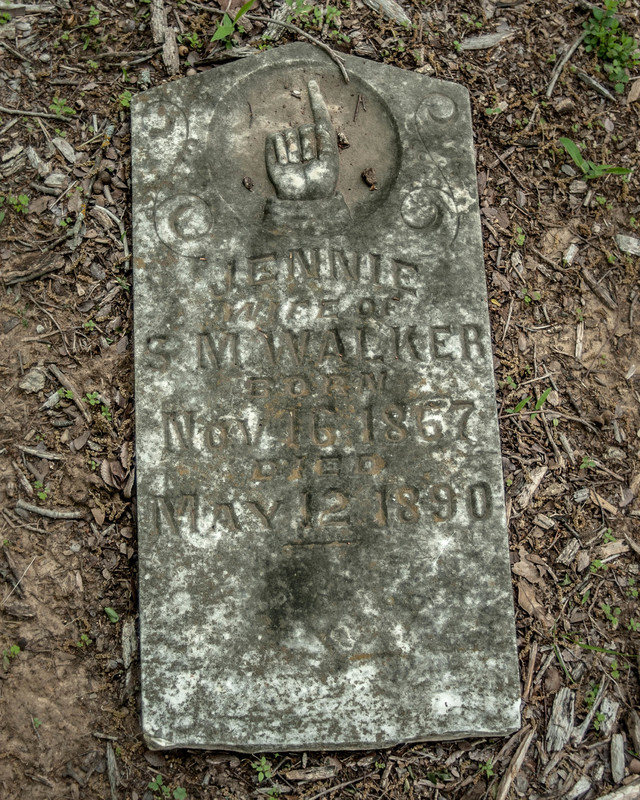 WALKER (LYLES), JENNIE (1876-1890):  Jennie Lyles was born in Alabama on November 16, 1876, to Abraham (1850-unknown) and Mary (1846-1904) Lyles. Jennie’s mother and father were twenty-one and seventeen, respectively, when Jennie was born in Chambers County. The Lyles family lived in Chambers County, Alabama until 1884, when they moved to Pilot Point, Texas. In North Texas, Abraham bought one hundred acres of land from James M. Moses. It was here that the family lived and worked as farmers. On November 2, 1887, in Pilot Point, Jennie married S. M. Walker of Virginia. S. M. Walker was born in 1865 and moved to Pilot Point shortly thereafter. Before his marriage to Jennie, S. M. was married to Mattie Day on December 2, 1881. After separating from Mattie, S. M. married Jennie and the two maintained residence in Pilot Point until Jennie’s untimely passing on May 12, 1890, at the age of twenty-two. Jennie died of unknown circumstances and was buried in St. John’s Cemetery. Jennie was survived by her mother, father, husband, and daughter Mary Walker. Jennie’s husband later moved from Pilot Point, remarried, and passed away in McLennan, Texas. 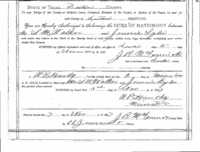