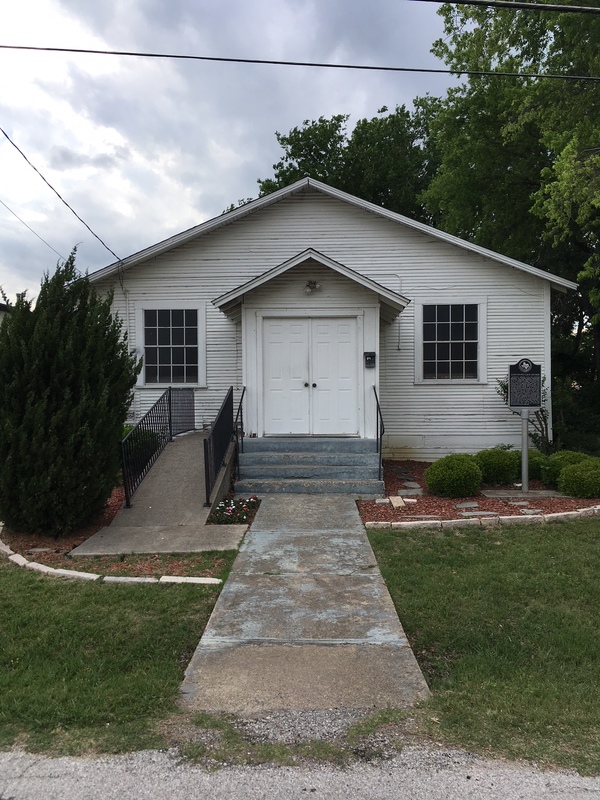 LANE CHAPEL CHRISTIAN METHODIST EPISCOPAL CHURCH. Lane Chapel Christian Methodist Episcopal (CME), formally known as Lane Chapel Colored Methodist Episcopal. However, the original name of the church was Lewisville Colored Methodist Episcopal Church, which was organized in 1882, in Lewisville, Texas. Anthony Hembry, the first preacher of Lane Chapel, and other former slaves in the Lewisville area were the original congregation members. Following the Civil War, about half of the African American population in Denton County resided in the Lewisville area. Lane Chapel, like many African American congregations, following the Civil War, held church services in an outdoor wooded area, known as a brush harbor or at members’ homes before they constructed their own church building in the 1890s. According to the Lewisville News, in 1993, Lane Chapel was “the spiritual hub that around which the black community of that time period revolved.”

Soon after Lane Chapel organized, the church presumably attended a CME regional annual conference in 1883, in McKinney, Texas. Although, the minutes of the conference do not list attendees and churches that attended the conference, the circuit lists Lewisville as a “station” within the North Texas CME church circuit. With this information, Lane Chapel presumably attended this conference since it was the only CME church in Lewisville at the time. A Denton CME church is also listed on the North Texas CME church circuit and Rev. Moses Jackson was listed as serving the Denton and Lewisville station. Mt. Pilgrim CME in Denton was the only CME church at the time, so its very possible that representatives from Mt. Pilgrim attended the same conference. 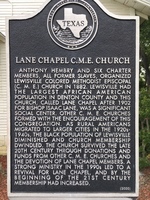 By 1908, Lane Chapel received the land title where the church building sat, near downtown Lewsiville, formally known as “Scrougeout”, where most of the African American in the Lewsville area were concentrated at the time. Denton also formally had an African American community residing on the outskirts of downtown Denton, called Quakertown. In 1917, major renovations took place at Lane Chapel, which were lead by Rev. J.W. Keller, who would also preacher at Mt. Pilgrim CME Church in Denton in the 1920s. Lane Chapel’s relations with Mt. Pilgrim remained strong into the late twentieth century. Due to the increase of white urbanization in Lewisville, beginning in the mid-twentieth century, Lane Chapel congregation began to dwindle as African Americans were relocating away from the downtown area of Lewisville. By the 1980s, Lane Chapel’s congregation had dropped down to four members; however, due Mt. Pilgrim’s better financial standing, they were able to cover some of Lane Chapel’s utility bills for many months, until the church recovered.

Although Lane Chapel was on the brink of closing their doors in the 1980s, Karen Gaines, assumed the pastor position in 1990, becoming the first woman pastor in Lewisville. Fortunately, with Gaines leadership, the church was able to increase their membership and participate in more church-related activities and regional conferences, including the CME’s Church’s Fort Worth district and Annual Conference.