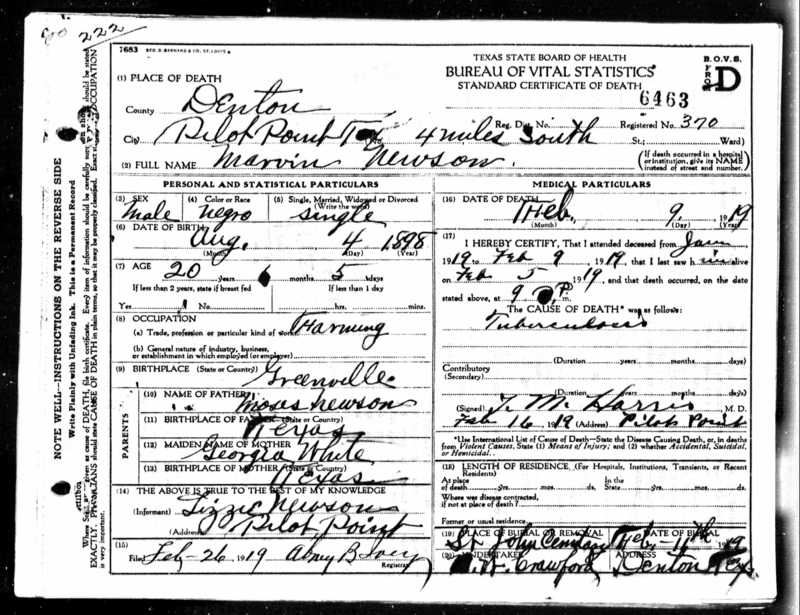 NEWSOME, MARVIN (1898-1919): Marvin Newsome was born to Moses and Georgia White Newsome in Greenville, Texas on August 4, 1898. There is very little information about Marvin and his family, and it is unclear when or why the family moved to Pilot Point, Texas. In Pilot Point, Marvin worked as a farmer and was married to Lizzie Newsome. In 1918, Marvin registered for the draft, but it is unclear if he was called to serve in WWI.

In the 1910s, tuberculosis ravaged Pilot Point and the St. John’s lost several community members. On February 9, 1919, at twenty years old, Marvin succumbed to the disease and was buried in St. John’s Cemetery. Marvin was survived by his wife, Lizzie Newsome. 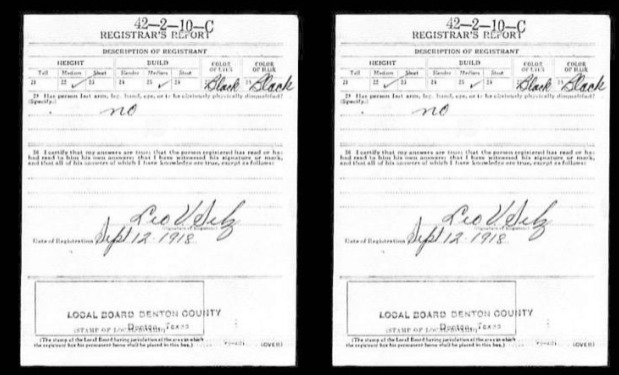