Established during the 1870s, Mosier Valley was located on the north bank of the Trinity River in Tarrant County near the cites of Hurst, Euless, and Bedford. After gaining freedom from slavery, Robert and Dilsie Johnson along with ten other slaves founded the community.  Before acquiring their freedom, the former slaves worked on the T. W. Mosier plantation. In 1870 Robert and Dilsie received 40 acres of land as a wedding gift from their former master Lucy Lee. The married couple settled on the land and soon other freedmen joined them and named the settlement Mosier Valley.

The community raised cotton and corn as cash crops, maintained vegetable gardens, and kept farm animals. The settlement was not solely farmers many of the freedmen worked as handymen, sharecroppers, and nannies for white residents in the Hurst, Euless, and Bedford area. In 1874 the settlers came together to build Oak Grove Baptist Church. In 1911 the Church underwent a remodel, and the congregation changed its name to St. John Missionary Baptist Church. Today the church still stands and occupies the same land it has for over a hundred years. 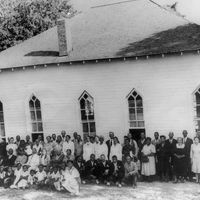 Founded in 1883, the Mosier Valley Elementary School originally shared its building with Oak Grove Baptist Church until 1911 when the church received its own building. In 1924, construction of a new school called Mosier Valley School finished, and it was responsible for teaching African American students from Mosier Valley and nearby Euless. The school building still stands today however it no longer serves as a school it now servers the community as a beauty salon.

Mosier Valley reached its peak population between 1910 and 1930 when the settlement had around 300 people. The town often held public events like string band concerts, square dances, church revivals, and public festivals. Whites would sometimes attend these events although usually they showed up to gamble on dice or bet on cockfights. Racial tension erupted On September 4, 1950 when thirty-five students of Mosier Valley tried to transfer the Euless school. A crowd of whites gathered outside the school and successfully prevented its desegregation, which held until 1968 when Mosier Valley school finally closed, and the Euless district was fully integrated. 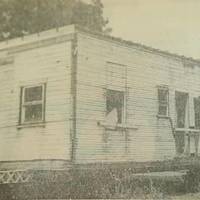 Although around 150 people still resided in Mosier Valley in 1990, the community faced several issues, including: numerous gravel pits and machine shops surrounding the community as well as many families had to rely on well water and septic tanks. Mosier Valley still stands; however, local communities have absorbed a large portion of the community’s land and it is now a small suburb of the city of Euless.