Located in the city of Marshall, Texas, the African American Community of New Town resided in the western side of the city and was within the bounds of the West Houston, West End, Southwestern, Sylvester, West Meredith, Roseborough Springs, West Emory, and South Grove roads and/or boulevards. One of four distinct African American communities located within the city, New Town, developed around Wiley College beginning in the year 1910.

There is no concrete idea of how the community of New Town came into existence; however, there are several theories that currently exist. It may have been settled directly after the conclusion of the Civil War by recently freed slaves that sought to create an independent community on the boundaries of Marshall. A second theory contends that the community came into being when the Historic Black College Wiley University (later named Wiley College) moved to a new location in the neighborhood. 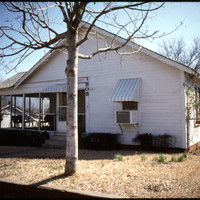 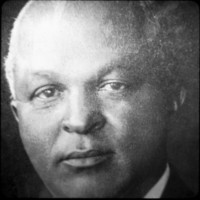 In recent times a concentrated effort by the Texas State Historical Commission has focused on preserving the district with a focus on finding more information out about the community. Focusing on community pride and preservation of the neighborhood, the organization created a concise action plan to achieve their goals. The community still exits, along with many of the churches and businesses created during the early 1900s, and residents in partnership with the state have started a long overdue effort to preserve the historically significant community.