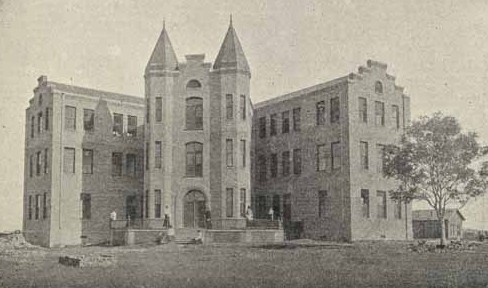 In 1872, Paul Quinn College was founded by a group of circuit-riding African Methodist Episcopal (AME) preachers in Austin, Texas and was relocated to Waco in 1877. The purpose of establishing the college was to provide industrial education to the freed men, and students were taught blacksmithing, carpentry, tanning, and saddle work. Paul Quinn College received an official state charter in 1881 and offered elementary, secondary, and college courses. In the early 20th century the college expanded its curriculum to include English, theology, music, mathematics, and Latin courses as well as courses geared towards household management.

The Great Depression hit Paul Quinn College harshly, enrollment dropped and the college struggled financially resorting to fund raising through the AME church to decrease the debt the college had fallen into. In an effort to assist the college, Prairie View (the only public black college) held classes on the Paul Quinn College. The improvements made to the campus and curriculum spurred on the Texas department of education to grant the college accreditation in 1938. The college continued to grow and improve until the mid-1980s when it began suffering from reduced enrollment and financial difficulties, in an effort to repair its loses, Paul Quinn College moved to Dallas after the closing of Bishop College in 1988. Notable alumni of Paul Quinn College include Gus Finney, a member of the Michigan Sports Hall of Fame, and Barbara Mitchell, former lead singer with Kirk Franklin and God’s Property. Misses Thelma Cooper, Gussie Neal, Muriel Neal, and Louise Lambert of Denton, Texas all attended Paul Quinn College.