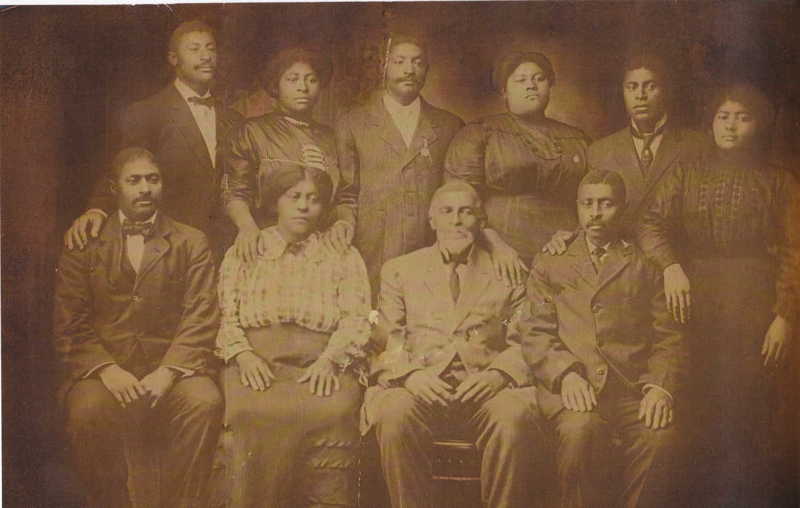 Within this exhibit there are two areas to explore.  The first is the actual cemetery, titled "St. John's Cemetery." Here, visitors can see who is buried in St. John's Cemetery and read about their lives and the lives of their loved ones. The second, titled "Gone to Texas" examines the lives of our community members prior to their migration to Texas, and attempts to answer the question of why they made the decision to uproot their families and make a new start in Pilot Point.

Census records tell us that most, but not all, members of the community who worshipped at St. John's Baptist Church and/or were buried in St. John's Cemetery arrived from Alabama or Missouri during the 1870s and 1880s.  All were African American. While most lived in Denton County, a small number lived in neighboring Cooke County, which lies just north of Pilot Point. We cannot know definitively what drew members of the St. John’s community to North Texas, but according to a history of  nearby County Line Baptist Church, a plantation owner in Alabama who migrated to the area encouraged his former slaves to follow him and ceded property to them for farming.  However, this was probably not an act of altruism, as the Pilot Point region lies in a strip of land called the Eastern Cross Timbers.  The soil in this region is rocky and nutrient-poor. In short, it was not valuable for farming, but well suited for grazing. The most valuable land used for growing cotton in the era lies to the east in the Blackland Prairie region. Only a few members of the community appear in Denton County tax records as property owners.