The Reconstruction Era in Texas

Under Presidential Reconstruction, former Confederate states would be appointed a provisional governor by the President, who would call a convention to nullify secession, abolish slavery, and repudiate all Confederate debts. Additionally, all members of the convention would be required to take an oath of amnesty who were voted to the position by voters who had also taken the oath. When this convention had completed its duties, voters would then be allowed to elect a governor, legislature, and other state officials. After a formal ratification of the 13th Amendment – ending slavery – by the legislature, the state would then be readmitted to the Union.

President Andrew Johnson appointed Andrew Hamilton as provisional governor, to the delight of Texas Unionists – the antebellum opposition to the dominant Democratic party. However, following the election of delegates to the convention, Democrats reasserted their power, and many former Confederate leaders were delegates. The convention proved that Texas was unwilling to do anything more than the required minimum for readmittance to the Union, and the new state constitution was ratified on June 25, 1866. Two prominent secessionists were then elected to the United States Senate, and the Texas State Legislature did all in their power to resist Reconstruction and return to the antebellum status quo. They refused to ratify the 13th and 14th Amendments, giving African Americans citizenship rights. Additionally, they began instituting “black codes” – a series of laws enacted in an attempt to regulate black labor and return them to a status as close to slavery as could be achieved.

Map of the military districts during Reconstruction.

Actions like these in Texas, and similar ones across the South, caused the United States’ Congress to issue the First Reconstruction Act bringing the South under martial law and declared the existing governments provisional. Texas was placed in the Fifth Military District, originally commanded by Philip Sheridan. Additionally, Congressional Reconstruction required the former Confederate states to have another constitutional convention. Following the ratification of a new state constitution which provided for universal male suffrage, and the ratification of the 14th Amendment, the state would then be readmitted to the Union.

The Texas convention met on June 1, 1868 and drafted a constitution that created a more centralized state government. The convention was dominated by moderate Republicans who supported restoring power to former Confederates, unlike the radicals who wanted more restrictions on them. In January 1870, the new state constitution was ratified, and in February the Texas State Legislature met to ratify the 14th and 15th Amendments to be readmitted to the Union. On March 30, 1870, Texas was formally readmitted to the Union by President Grant.

White Texans not only opposed the actions being done during Reconstruction, but the way in which they were carried out. In order to enforce the laws and ideas of Reconstruction, the Union understood that they would need to place the South under martial law. These troops felt it was their duty to enforce the laws and ideas of Reconstruction and protect the rights of freedmen. However, many white Texans felt that the Federal troops were a disruption to their way of life, and therefore their economy as well. Additionally, white Texans opposed the actions of the Freedmen’s bureau which sought to help the new freedmen through their transition from slavery to freedom. This included helping the freedmen to find work, providing them with education, and helping to represent them in court for matters ranging from violence to labor contracts and recognizing marriages. However, in the end the Freedmen’s Bureau, while helpful in some instances, only served to provoke white Texans further. 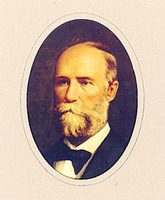 Edmund Davis, serving as the governor put in place by Reconstruction, enforced the ideas of Reconstruction. He used the militia (composed of blacks) to enforce order at the polls, centralized the public-school system, and supported higher taxes. Ultimately, Davis’ actions led to the undoing of the Republican party in Texas following Reconstruction. Additionally, during this time African Americans were able to gain representation through the Republican party, and some even served as Texas State Representatives -- such as Mitchell Kendall from New Town. However, starting in 1871, Republicans began to lose elections to Democrats, and in the 1873 election Richard Coke won the governorship as a Democrat. This marked the end of Republican control in Texas and showed the strong response of Texas Democrats to the Republicans and Reconstruction.