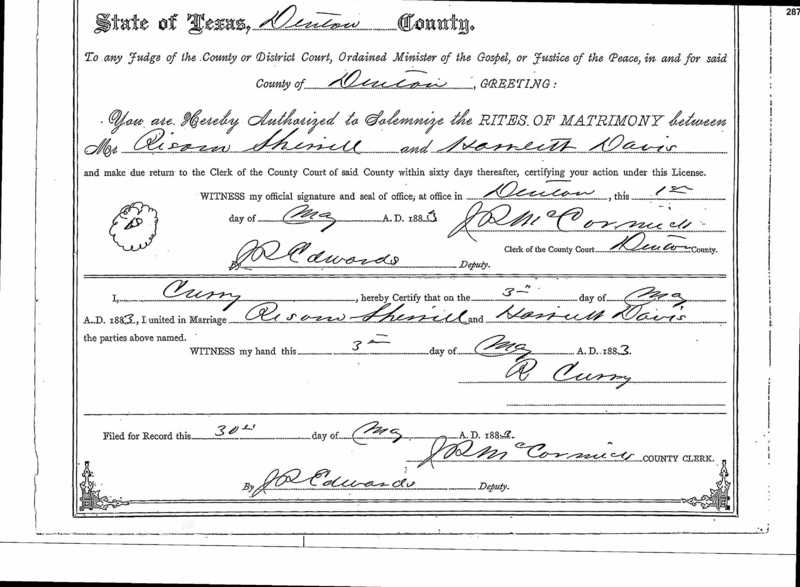 SHEARS, RISOM (1857-unknown): Risom Shears was likely born Risom Sherrill in August of 1857, although due to the name change from Sherrill to Shears in 1886 and the difficulty of tracing Risom prior to 1880, his birth name is not a certainty. Risom arrived in Denton County prior to June 11, 1880, and lived with a family of fellow Alabamians (Nathan Trammel, Henry Combs, and Levi Smith). The oldest child of this cluster of Alabamians to be born in Texas was nine months old while the youngest to be born in Alabama was one year old. This places the Alabamian migration between July and September of 1879.

On May 3, 1883, Risom Sherrill married Harriet Davis in Denton. At the time of their marriage, Harriet was two months pregnant with Charity. The young family also included Logan Shears, who was born in February of 1881. While Risom is the assumed and probable father of Logan, due to the unavailability of records substantiating his life prior to 1880, this remains unknown as well.

Risom Shears was never a land owner and had variable but consistently meager possessions throughout his life. The family settled in Pilot Point. Perhaps the result of a wedding gift, the Shears family owned a both a $30 and $70 horse in 1884. The following year, they purchased their first head of cattle at an average price. Harriet became pregnant with their third child, Henry Shears, in mid-March and gave birth on January 27, 1886. The family downsized their transportation following Henry's birth by selling their most expensive horse. They would not have another horse as impressive for the remainder of their lives.

In 1887, Risom purchased a second inexpensive horse. Shortly after their youngest child turned two, Harriet became pregnant with their last baby. Lucy Shears was born in February of 1889. In 1893, Risom's personal wealth was at a lifetime apex. He owned three horses, five head of cattle, five hogs, and an inexpensive buggy to transport his family of six to school and church. While Risom was unable to attain formal education in his lifetime, each of his children attended at least three years of school and were all able to read and write by adulthood.

Between 1895 and 1900, Risom and his family moved from their home in Pilot Point proper into the St. John's Community just a few miles to the southwest. This move brought Risom closer to families who were also from Alabama. George and Betty Avery, Frank James, and George and Lane Truitt were all neighbors of the Shears family from Chambers, Alabama and members of the St. John's Community. In 1902, Risom's oldest daughter Charity married Amos Holloway in a seemingly non-religious ceremony at the justice of the peace in Pilot Point. Four years later, Lucy married an Alabama native named Hezekiah Griffin.

On November 23, 1908, Risom's wife Harriet passed away and was buried in the St. John's Cemetery. Her headstone states, "Harriet, wife of Riceam Sheres, died November 23, 1908". The headstone itself is beautiful and was remarkable for the time period and relative wealth of the Shears family.

Following his wife's death, Risom left no additional records. Many of his neighbors died in the three years following the death of Harriet Davis Shears. The community was particularly ravaged by Tuberculosis and Typhoid Fever, the latter of which claimed the life of Henry Shears. Lucy Shears Holloway also passed away during the years between her marriage and 1910. It is possible that Risom's story began and ended with his wife. His records started in 1880 when she became pregnant with Logan and ended upon her death in 1908. Perhaps he is one of the many unknown graves in St. John's Cemetery, buried with a meager memorial - a rock with a simple engraving. We may never know. 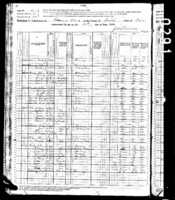 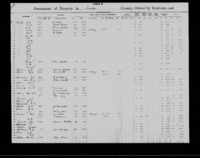 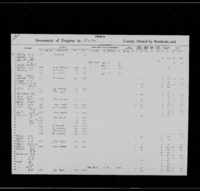 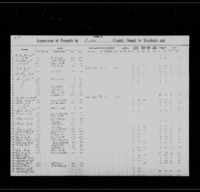 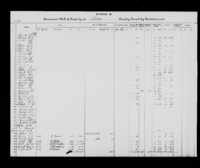 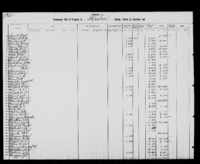 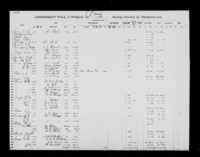 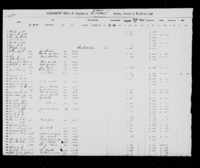