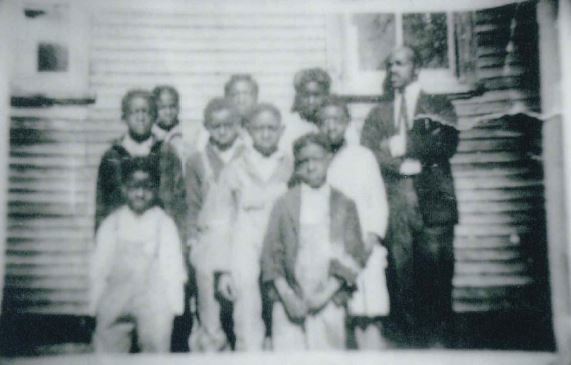 It is estimated that St. John’s disbanded around the 1930s; however, it is difficult to determine the reason for the disbandment of St. John’s. There are a variety of possibilities: the congregation, for example, may have been steadily declining over time, the result of a shrinking African American population in Pilot Point. Census records indicate that the African American community of Pilot Point dwindled down significantly by the 1930s. Churches in the rural South had a difficult time staying in operation during this time period, since the responsibility of funding the churches usually feel on a few individuals in the congregation. Following the disbandment of St. John’s, according to Mary Jackson, a descendant of members from St. John’s, members of the St. John congregation started going to the County Line church, where Ms. Jackson is a lifelong member.

The last known preserved photograph taken of St. John’s is dated between 1920 and 1930, which is a photo of children sitting on the stoop of the church. Most of the living descendants of the St. John’s congregation are unable to provide an exact date of disbandment, since they were very young during the estimated period of disbandment or were not alive to witness the disbandment. The only remaining physical evidence of St. John’s is a cemetery that was a part of the church, which is located off FM 455, near Lake Ray Roberts, on private property. This cemetery was essentially lost from public memory until the mid-1980s when a rancher found his horses tangled up in the vines near the cemetery. This cemetery is commonly known as “Old Slave Cemetery”, but according to death certificates of the deceased members of the St. John’s congregation referred to the cemetery as “St. John’s Cemetery.” Major cleanup efforts for the St. John’s cemetery did not begin until 2016, but minor restoration efforts from the 1990s and early 2000s have captured the attention of Denton County. As of 2018, only a few newspapers articles specifically mention a St. John’s church from Pilot Point during its estimated existence; however, genealogy researchers have located a variety of records pertaining to the deceased members of the former St. John’s congregation.