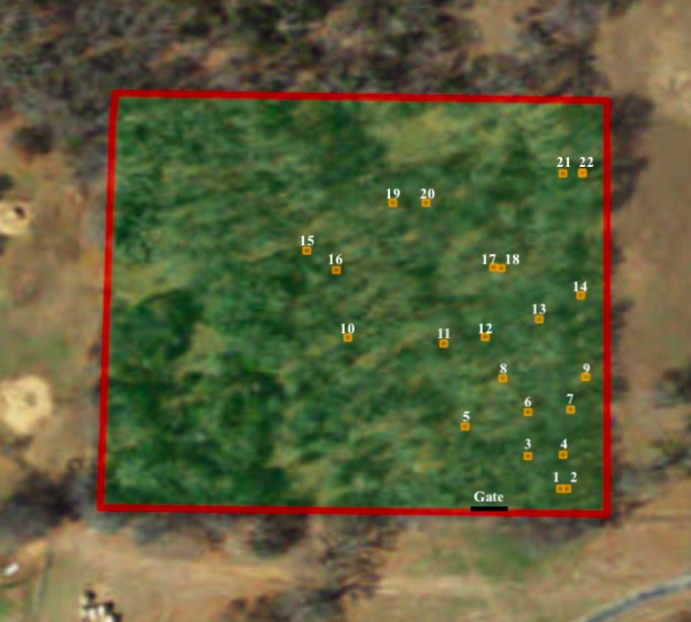 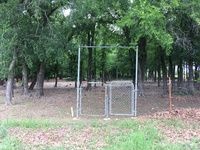 Team members have worked diligently to uncover and piece together the stories of those interred within the hallowed ground of St. John's Cemetery.  However, due to the passage of time and neglect in maintenance over the years, the great majority of the perhaps 400 graves are unmarked. To date, the total number of legible graves rests at thirty, twenty-two of which have headstones and eight that are simply rocks with initials carved into them.  Another eleven graves have been identified through death certificates, and eight through old surveys done of the cemetery in the 1970s.  All together, there are forty-nine total known persons interred in St. John’s Cemetery. Additionally, there are numerous suspected graves marked only by a protruding rock from the ground. We have dedicated a space in this exhibit for the 350 people who lived, worked, and died in this community but who can no longer be identified.

St. John’s Cemetery dates back to at least the 1880s and served the local African American community until the late 1930s.  Although the cemetery grounds were not sold to the founding members of St. John’s Baptist Church until 1891, the earliest known burial was in 1882.  The deed states that the cemetery was already in use by 1891, and one may notice that a number of those chronicled were buried before the church took ownership of the property.

The sellers of the property were Mr. and Mrs. John C. Newbury. The Newburys were from Connecticut and came to Texas by way of Wisconsin. John was listed as a teacher in the 1860 census and living with a family from Tennessee in Lamar County, Texas.  When the Civil War broke out a year later, Newbury cast his lot with the Confederacy and served under Captain James Daniel’s 9th Field Battery, Texas Light Artillery, seeing action in the Red River Campaign. After the war, Newbury married Catherine Compere in 1865 and had two children, but she passed away in July of 1869.  By 1880 Newbury had remarried, moved to Denton County, and started investing in real estate. He and his second wife, Julia, bought the property on which the cemetery is located in September of 1890 from James Simpson. Less than six months later the Newburys sold the cemetery to the trustees of St. John’s Baptist Church. These trustees were Abraham Lyles, John Burton, and Joe Medders.

Today, though Denton County holds title to the cemetery, it is difficult to visit as it lies between three different plots of privately owned land and is only accessible through private rights of way.  Though it is fenced in, its appearance resembles that of a patch of forest rather than a cemetery. There is little to no organization regarding burial sites, and there are no paths to give clues as to where graves may or may not be located.  Given this lack of evidence, this map locates all known and suspected gravesites--but again, the majority of grave sites are unmarked.

Each known grave is marked on the map by a number which corresponds to the person buried there.  Clicking on a name will take the visitor to that person’s biography page. In addition, there is a link to a page dedicated to all those interred who remain unknown.