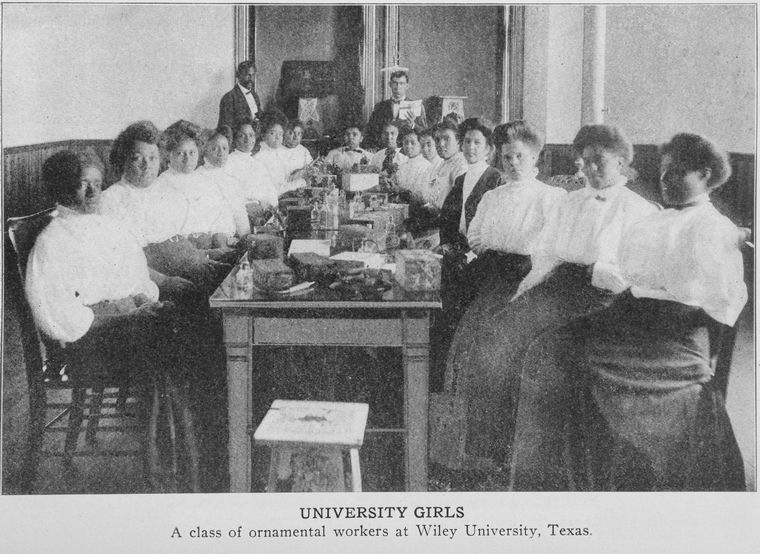 Wiley College, located in Marshall, Texas, was established in 1873 by the Freedmen’s Aid Society of the Methodist Episcopal Church and is the oldest institution of high education for African Americans located west of the Mississippi River. Wiley College was located near New Town, a freedmens community on the west side of Marshall, Texas that had a strong education network. The mission of the college when it was established was to educate the recently freed men and women as well as to train black teachers to teach at elementary and secondary schools in Texas. In 1925, extension classes were started in the Houston area to provide training for African Americans wishing to pursue a teacher certificate. Wiley College served the African American community as both a high school and college until 1929 when the high school program was dropped from the curriculum, and in 1933 the college became the first black college to be recognized as an “A” class college by the Southern Association of Colleges and Schools. 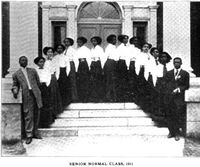 Wiley College rose to fame in the 1930s because of the success of the debate team, which defeated teams from most historically black colleges and then went on to be the first team to debate against a white college, Oklahoma City College, and defeated it as well. The first fraternity formed on Wiley’s campus was Phi Beta Sigma fraternity when the Beta chapter was chartered in 1915. Over the next several decades other social organizations, such as other Divine Nine fraternities and sororities (the nickname given to the group of black Greek letter organizations) also formed on the campus. The college also competed against other black Texas colleges in athletics, and in 1936 was one of the leading colleges in the formation of the Southern Athletic Conference (SWAC). A few notable alumni of Wiley College are Heman Sweatt, a civil rights leader who successfully challenged the “separate but equal” doctrine established in Plessy v. Ferguson, Mack Hopkins, a Tuskegee Airman during World War II, and Fred “Pop” Long, a football and basketball coach at Wiley who also helped form SWAC. Both Mamie Whitten, a student from Denton, Texas, and Dr. Marion Penn attended Wiley College. Dr. Penn would later go on to open a practice in Pilot Point. 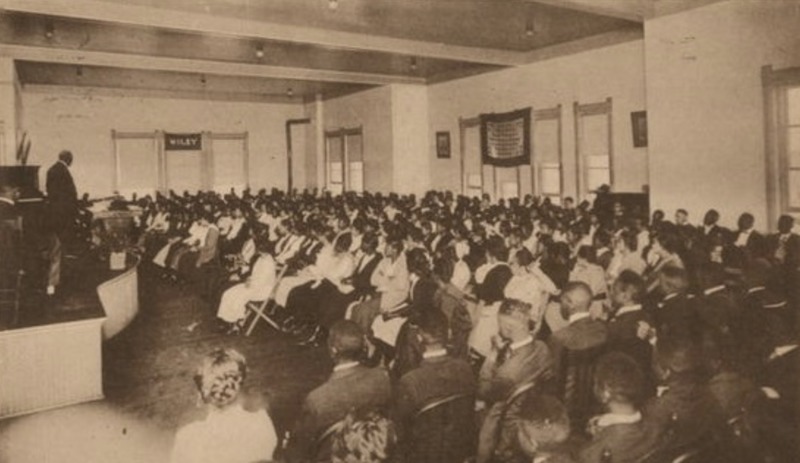 Students at Wiley College circa 1922