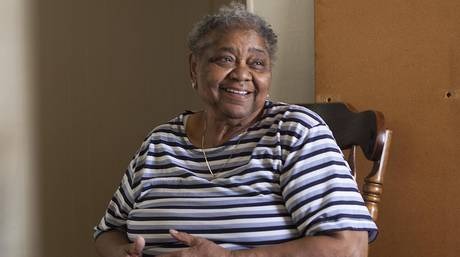 Born and raised in the small town of Clarksville, TX, Catherine Bell came to Denton in 1959 with her husband, Harry, and their son, Larry. She joined the Denton Women’s Interracial Fellowship in 1964, attending the earliest meetings organized in the homes of both black and white members. Working in cross-community collaboration, the group facilitated the process of school desegregation, promoted the improvement of conditions in Southeast Denton, and worked to eliminate obstacles to racial equality. The motivating force behind Mrs. Bell’s involvement with the Interracial Fellowship stems from her primary role as a mother determined to raise her son in a world where race does not regulate the access to opportunities. Today she is considered an outstanding member of the Denton community whose lifelong commitment to advocacy and civic participation is impossible to miss. For 28 years she worked with special needs students in Denton ISD as a teacher’s assistant, and following retirement has remained involved with children through the district's Grandparents in Public Schools Program. As a result of her enduring dedication to service, the district board voted unanimously to name Denton’s 23rd elementary school in her honor. Catherine Coleman Bell Elementary welcomed its opening school year in Fall 2016, and Mrs. Bell enjoys interacting with the students during her visits. Outside of education, Mrs. Bell also served as President of the Denton NAACP, and is responsible for establishing the Martin Luther King Jr. celebration and parade, which she organized with her late husband, Harry. Adding to her legacy of service is her involvement with the Christian Women’s Association and the African American Support Council Group. Mrs. Bell is also a member of the Denton Parks and Recreation Board, and volunteers with local non-profit organization, Keep Denton Beautiful.

Catherine Bell describes her reaction to the Denton ISD vote to name a school in her honor.
Prev Next