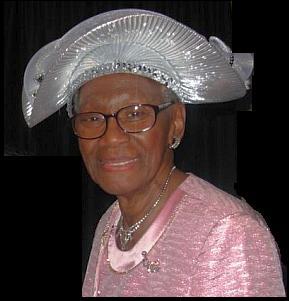 Photo of Alma Clark at church.

Was born Alma Espy January 24, 1928 to Cliff and Ruby Espy in Lampasas, Texas. She was primarily raised by her aunt and completed the tenth grade in Lampasas, moving to Austin where she could finish the eleventh and twelfth grades. Afterwards she did domestic work in the Austin area, and would eventually meet her husband, William “Willie” Clark, a Denton native. They would have three children before moving to property that her husband owned in Denton. Her husband and his family were some of the many black individuals to be displaced from Quakertown to southeast Denton in the early 20th century. She had three children and they were all about to enter school at the time of integration. She first heard of the Fellowship through her church, St. James AME Church. She like many women of the Fellowship wanted to facilitate an easy integration for her children. She was a member of the Women’s Fellowship through to it’s informal end, still meeting with the women of the Fellowship. She currently lives in Denton and remains active in the community.

Alma Clark talks about the history of Quakertown.

Alma Clark talks about activism to build solidarity.
Prev Next