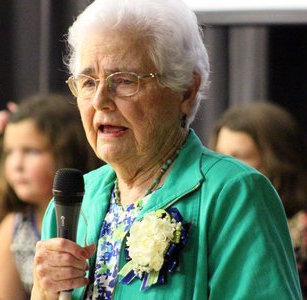 Dorothy Adkins at an honors ceremony for Denton ISD. (2017)

Born Dorothy Pollard in Lubbock, Texas, in 1925 to a Presbyterian missionary family, Dorothy was the only daughter with three brothers growing up in the Rio Grande Valley. She would go on to Southwest Texas State Teachers College to become an educator. She married Roscoe Adkins after he returned from World War II; they moved several times before ending up in Denton. While here, Dorothy was a stay-at-home mom for her first four children, and once her fifth was on the way she went back to teaching. The family attended Trinity Presbyterian Church, where they first heard of an effort to build racial solidarity through fellowship. Like most of the other women of the DWIF, Adkins remembered wanting to ease the desegregation process for her children. She was a member of the DWIF from its first meeting through to its informal end. Since then she has been active in the Denton community, serving on the Denton ISD Foundation Board among other causess. The Dorothy P. Adkins Elementary school in Lantana is named in her honor. She currently resides in Denton 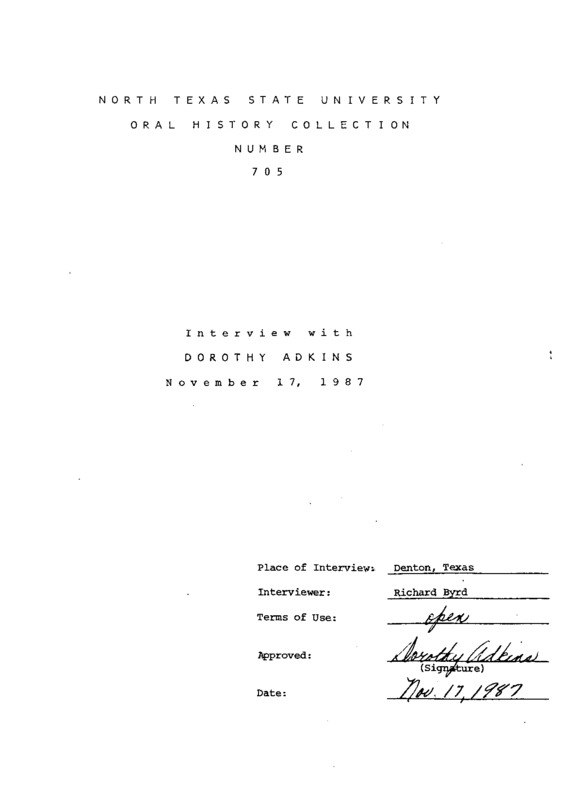