Born in 1936, Ms. Benford grew up in Overton, Texas--what she calls a ‘little one-horse town’--where her family had to work multiple jobs in order to make a living. She moved to Denton in the summer of 1962 along with her family and became involved in the Fellowship soon after through encouragement of her friends in the churches. In 1964 she met her husband the same year she helped with the general elections. Throughout the 1960s she was very active in the Interracial Fellowship and served a few times as an officer of the group including organizing the job and help fairs in the latter period of the Interracial Fellowship. In 1971 she began working as a teacher in the Denton Independent School District where she continued to work for numerous years. Though retired, she continues to serve her community in the Christian Women’s Fellowship and babysit her grandkids who call her ‘Nana’. 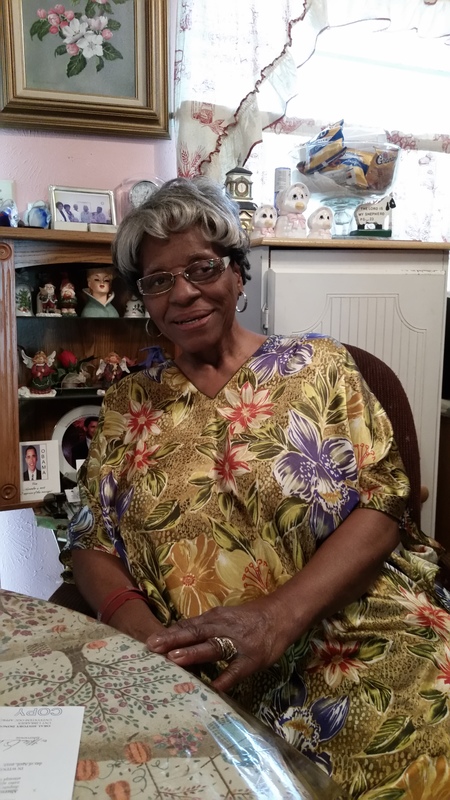 "We did what the times called for." Mae Nell Shephard describes her childhood and moving to Denton.
Prev Next