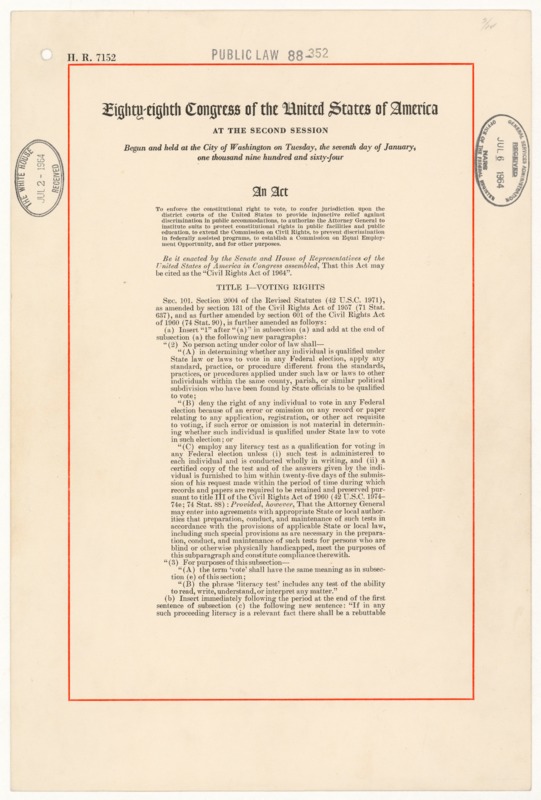 The Civil Rights Act of 1964 went further in gaining civil rights for all Americans. The act threatened to withhold funding from school districts that were still segregated..