In 1954 the U.S. Supreme Court issued its landmark ruling in Brown v. Board of Education that "separate but equal" had no place in public education.  The next year, the high court issued a second decision mandating that U.S. public school districts needed to comply with the ruling by desegregating schools “with all deliberate speed.”  As a result, many school systems in South and West Texas began to integrate their classrooms during the ensuing years--in many cases, by combining majority-black with majority Mexican-American schools without affecting majority-white schools and calling that integration. Others remained defiantly segregated. 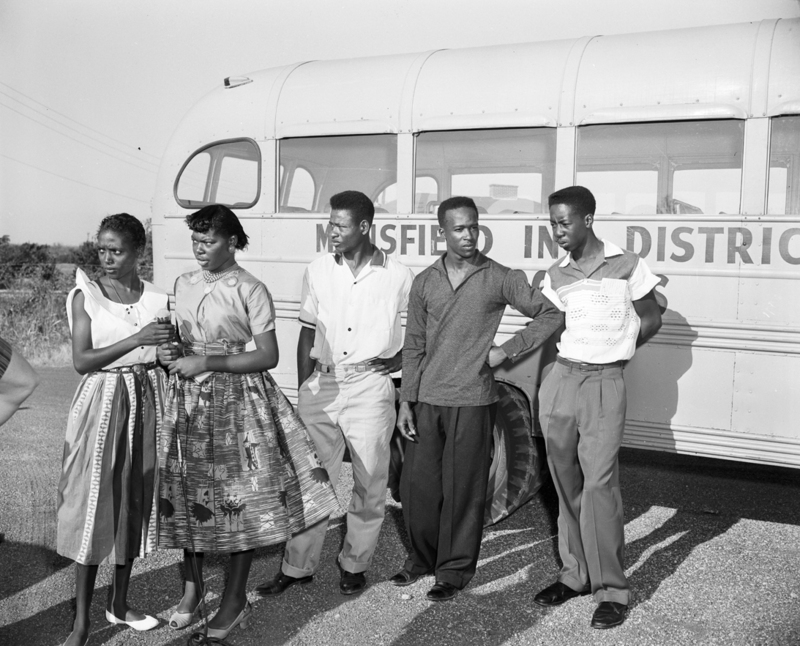 In 1956, following efforts by African American parents in Mansfield, Texas, and the local chapter of the NAACP, a federal district court ordered Mansfield High School to desegregate.  What followed became known as “the Mansfield Crisis,” when local white residents rallied to prevent black Texans from registering at the school, Gov. Allan Shivers refused to uphold the court order, and white Texans in Mansfield physically prevented the desegregation of Mansfield High.  Indeed, public schools in Mansfield remained segregated until after the passage of the Civil Rights Act of 1964.

This online museum examines the events and atmosphere surrounding the “crisis” at Mansfield as a window into the turmoil of the civil rights movement in Texas during these tumultuous years.  Offering access to a wide array of digital objects, the museum provides exhibits and collections that explore these events within Mansfield, and places them within a state and national context.

The museum was created by undergraduate and graduate students at the Univeristy of North Texas enrolled in HIST 4261 and HIST 5100: The Civil Rights Movement in Texas.

We believe that all of the items we have included in the museum are either in the public domain or can appear here under terms of fair use for educational purposes. If you hold copyright on an item and believe we have posted it illegally or with improper attribution, please contact us.