The Braniff Boot: Fashion in the Skies 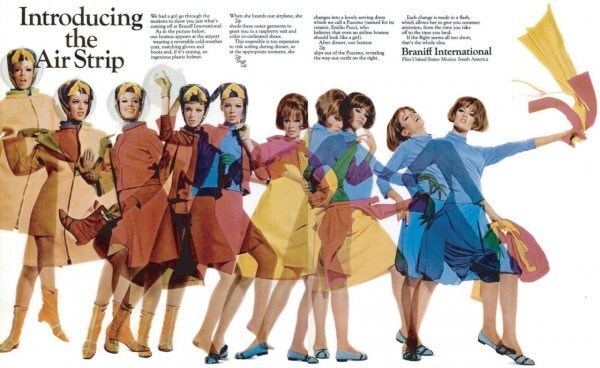 It's 1964 and Braniff International Airways had just overhauled its brand image with bright, vibrant colors and youthful design. Their newly appointed President, Harding Lawrence, put together a dream team consisting of advertising executive Mary Wells and architect and designer Alexander Girard. They declared Braniff “the end of the plain plane” and the only missing piece left are the uniforms to be worn by the air stewardesses. Italian fashion designer Emilio Pucci with his talent for “tonal inventiveness and precise line” and “placing the pattern in the correct proportion” is brought on to create and innovate uniforms for the entire Braniff faculty, but most importantly, the air stewardesses. These air stewardesses were everyday women like Penny Patton Puetz who “felt special because [they] didn’t look like all the other airlines”. Suddenly, women from all walks of life could enter the sensational and glamorized world of international travel.  Instead of high fashion models, Braniff air stewardesses were used to model for all airline marketing. The advertisement displayed illustrates the infamous “Air Strip” that Emilio Pucci incorporated into his design. Here, a version of the boots is worn that are shown in this exhibit. They act as a prop in this sexualized image of the Braniff stewardess that is also inherently feminist and empowering in nature. 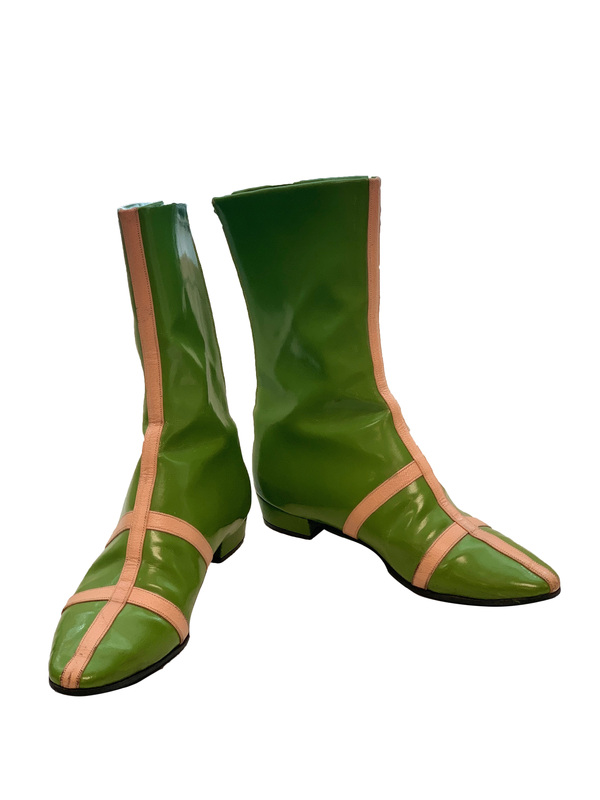 The bold and bright colors on these patent leather boots embody the psychedelic tendencies of Italian designer Emilio Pucci as well as the festive spirit of Braniff branding created by advertising executive Mary Wells and designer Alexander Girard. The boots fit right in with the glowing colors and patterns of the youth-centered movement that swept the world in the mid to late 60s. With a lower calf length, they are a more modest version of the quintessential go-go boot equipped to adorn the feet of Braniff International Airways Hostesses. Though Emilio Pucci’s designs were not physically comfortable (according to a former Braniff air stewardess), they act as a symbol of the glamour and independence everyday women were able to enjoy when employed by Braniff. 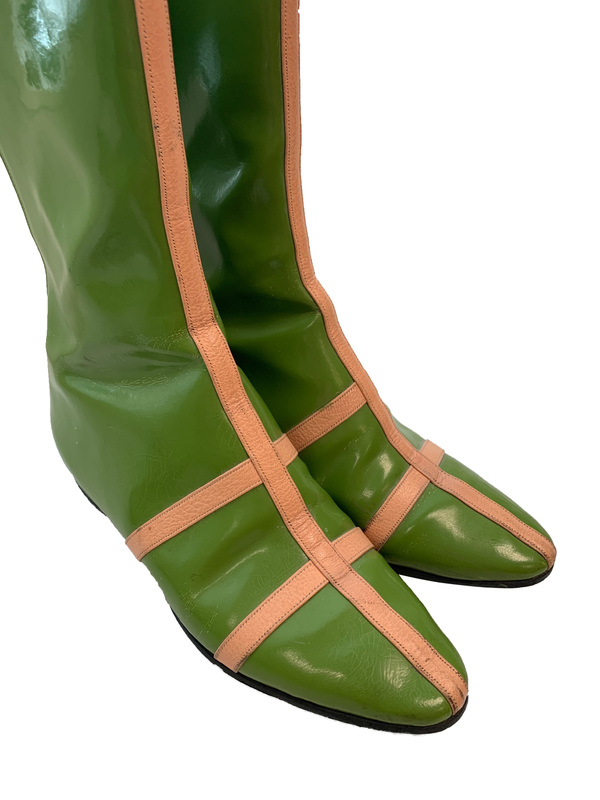 A small block heel allowed elevated posture and height, while still allowing the wearer to be mobile around the plane cabin. The vinyl, plastic nature of the material would also protect against the elements as air stewardesses could encounter multiple weather systems a day on an intercontinental flight. Working for Braniff allowed everyday women to become minor celebrities in the air-jet setting and accommodate passengers in the latest fashions. In their infamous “Air Strip” advertisement, the boots are featured being tossed off by the hostess as part of the in-flight entertainment. This use of sexualization to advertise travel, along with the fun and vibrant design of the boots and uniform were informed by the Youthquake movement that manifested in the 60s through the early 70s. Braniff International Airways wanted their brand to be fun and young from the moment you stepped onto one of their fluorescent airplanes.

When Emilio Pucci was assigned to design Braniff stewardess uniforms, he had a vision of taking their outfit changes aboard an intercontinental flight from four to six. The boots displayed were worn accompanied with “print leotards, print shifts, see-through raincoats, derby hats, and hooded fur coats” per a New York Times article that covered the event that the “Air Strip” debuted. According to Braniff, the in-flight entertainment was designed to accommodate the changing temperatures a stewardess would endure: “from a United States summer to a South American winter; from a tropical Acapulco to a Minneapolis blizzard.” However, this advertisement also displays the overtly sexual tone of the Air Strip. The boots are seen being slipped off by the stewardess, displaying her bare feet. Scandalous for 1965, and on an airplane, no less.

Per a conversation with Penny Patton Puetz, a former Braniff air stewardess, the consensus from the women that took part in the Air Strip is that it was a fun part of their duties. They enjoyed the production and feeling special with all eyes on them. And the show worked. Braniff credited the attraction with being partly responsible for their passenger revenues in one year. Sex sells, and the Air Strip was one way to do that while empowering the women working for them. It was a physical manifestation of the freedom these every day, ordinary women got to experience around the globe because they were employed by Braniff. And it set them apart from other airlines which also contributed to that special, important feeling they had in regards to their job. 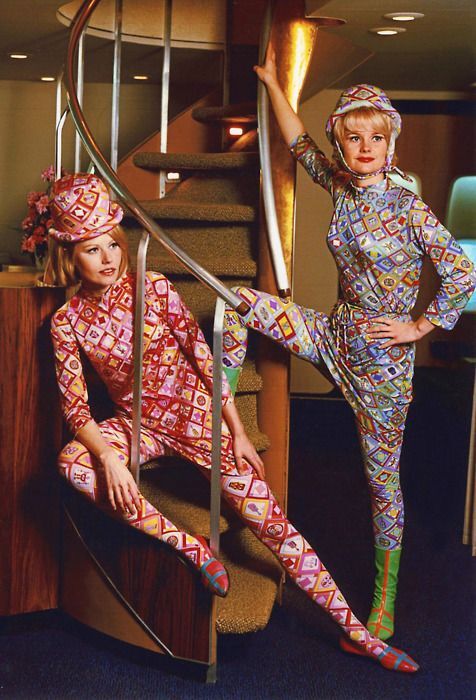 Here we can see how this specific version of the Braniff Pucci boots would have been styled on a flight. The bold color and playful pattern of the uniform would have been eye catching and mood lifting for any passenger. The stretchy fabric and slim silhouette were perfectly suited for moving around the air cabin. 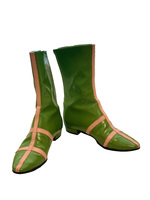 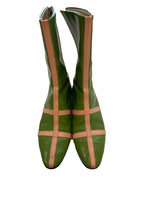 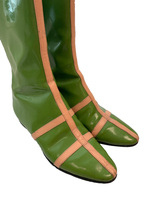 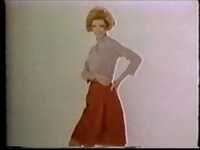 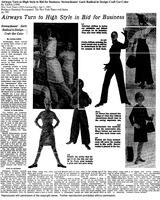 "Airways Turn to High Style in Bid for Business"