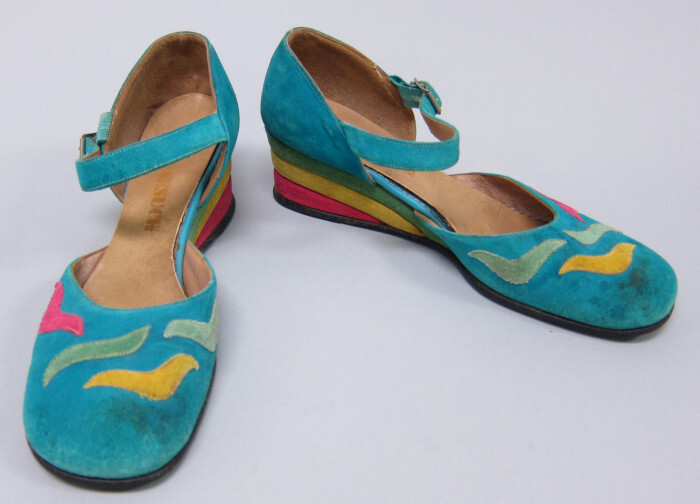 These colorful wedge heels were sold under the Nonesuch label at Neiman Marcus in the early 1970s. The bright colors and organic shapes nod to the influence of hippie culture on mainstream fashion.

Neiman Marcus created the Nonesuch brand for juniors in 1966, less than two years after Diana Vreeland famously coined the term “Youthquake.” The brand was given its own shop within the larger department store, and it featured neon lights and popular music to entice young shoppers. The phenomenon of youth fashion started on the street, but high end stores like Neiman Marcus were quick to capitalize on it. The intention behind Nonesuch is explained by Stanley Marcus, who was president of the company when the brand was created, in an advertisement published in the Dallas Morning News.

The Nonesuch brand carried many wedge heeled-shoes, and this pair from a 1972 advertisement were available in a similar color palette to the pair on display. The listed price is $23.00, which would be approximately $143.00 in 2020.

Elizabeth “Betsy” Drew speaks about her experience shopping the Nonesuch brand at Neiman Marcus in Fort Worth when she was a high school student in the late 1960s and early 1970s. 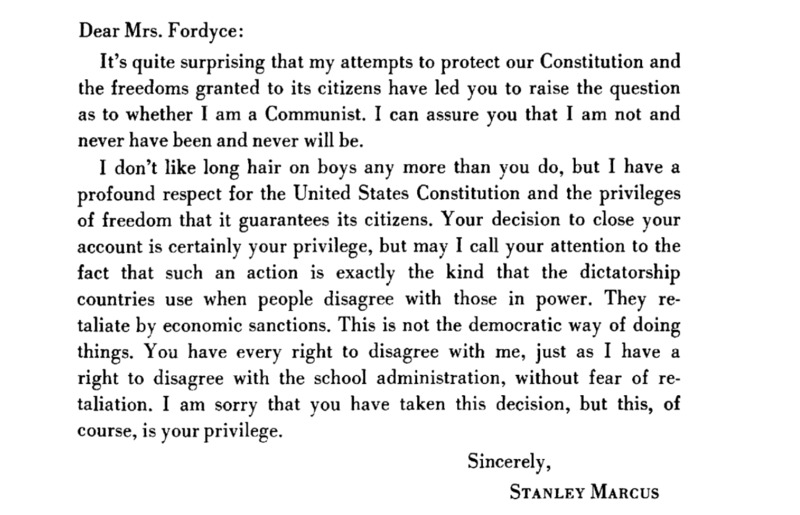 In 1966, Stanley Marcus offered financial assistance to some boys who had been kicked out of a Dallas school for wearing their hair long. In this response to the backlash, published in Marcus’ 1974 memoir, he states his belief that young people should have the same rights as anyone else to express themselves. Marcus was among those embracing the rise of young people’s power, both in his business and in his personal decisions.