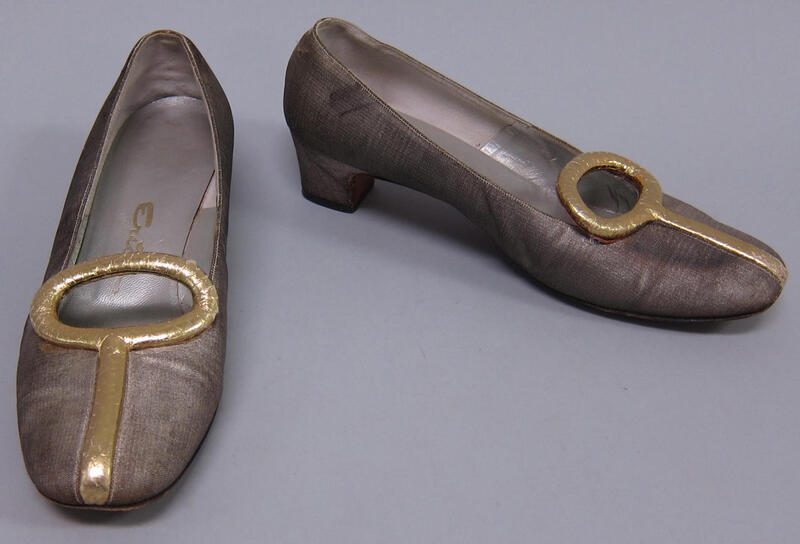 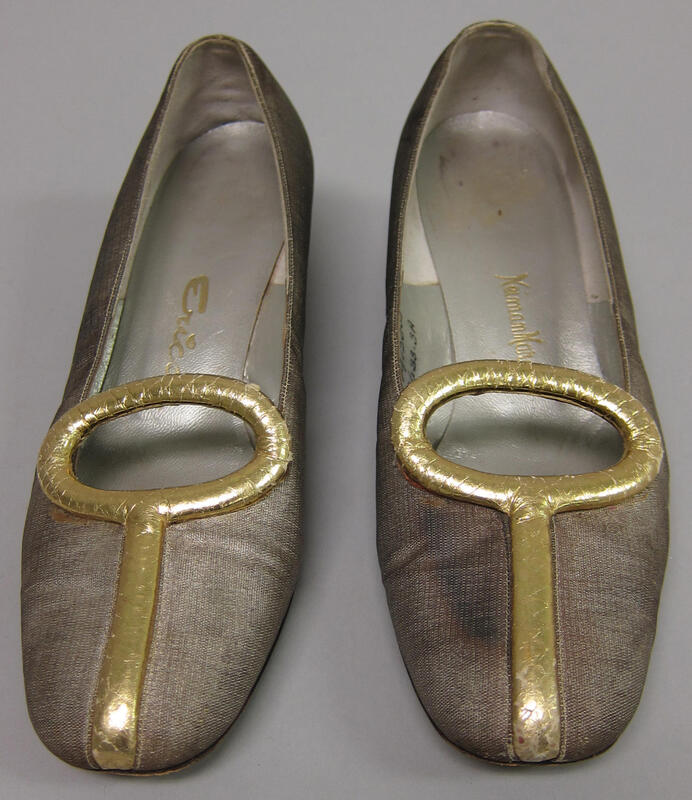 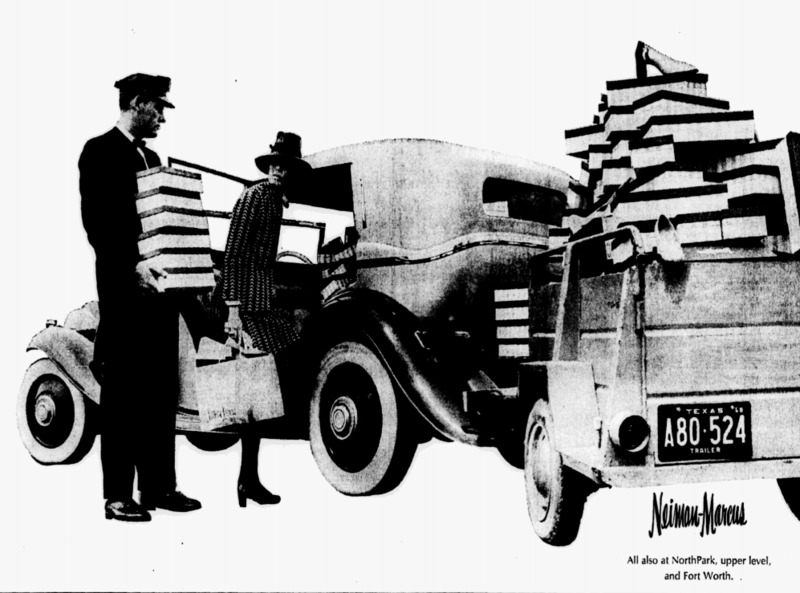 These silver and gold pumps were likely created between 1964 and 1969. The design is a low-heeled pump made of textured silver fabric material and a leather gold circle and line detail above the toe. They were designed and made by Erica Shoes Inc. and are most likely the work of designer Marda Emslie. This pair would have been sold in Texas at one of Neiman-Marcus’ several store branches in either DFW or Houston. The advertisement to the left was an appeal to Neiman-Marcus customers to come to a sale on many brands of their shoes including Erica Shoes Inc.

Neiman-Marcus was integral to Dallas’ place in the fashion world during this period and was a store at the forefront of the rise of department stores and shifts in the fashion market. These particular heels mix elements of classic upper-class fashion that would appeal to Neiman-Marcus’ typical clientele with some newer stylistic elements that were emerging in the 1960s. Their design details with the use of bold geometric shapes and metallic materials could suggest modernism and the space age. This style marks an incremental shift towards new fashions for both Neiman-Marcus and Erica Shoes Inc. who were once labelled a “plain pump house.” While the style of low heeled shoes was popular among youth because they complimented mini-skirts and stockings, which were especially popular in younger fashions, it would be difficult to label this pair of shoes as “Youthquake” especially because Erica Shoes emphasized that their designs were meant for all ages. Additionally, Erica shoes were priced in one advertisement at around $29-33 ($220-250 today) which could have been cost prohibitive for all but a small percentage of the youth market. 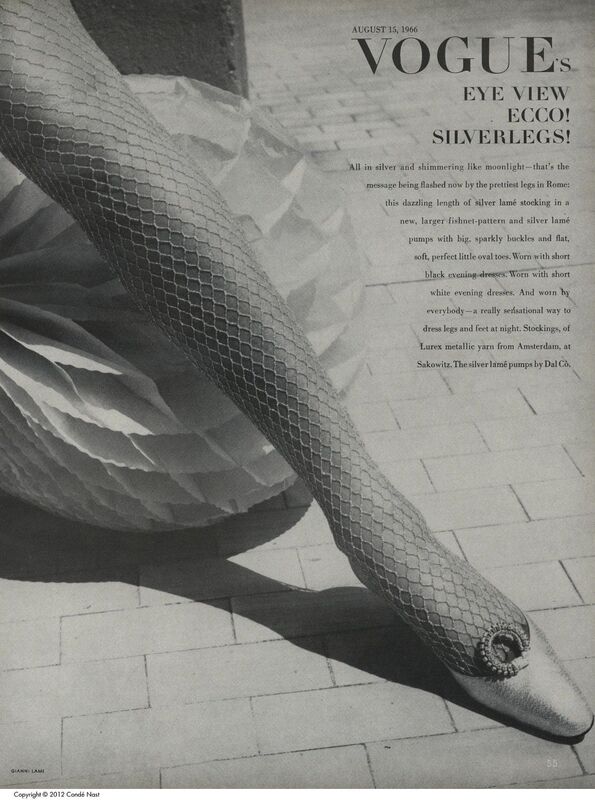 Neiman- Marcus was a staple in the Dallas fashion world and worked hard to maintain a unique presence and corporate personality. They brought in designers of their own products, including Erica Shoes Inc. designer Marda Emslie who had some in person appearances where she could talk about her shoe designs, speak to customers, and make recommendations of what would go with her shoe designs. This face to face interaction could have helped customers who were unsure about some of the more innovative elements of these heels integrate newer styles into their wardrobes.

Some similar designs to this pair of shoes exist, the combination of metallic materials and circular design can be seen most closely in this Vogue spread above speaking about the trend of metallic material in heels to the right. While in previous decades metallic might have been more associated with glamour and eveningwear, the space race brought new associations to the material. In the late 1960s designers like Paco Rabanne were using metallic materials with a new futurist language. In the 1960s “not only does a ‘silver’ metallic finish signify ‘modernism’, but the use of silver in fashion objects presents the body as machine-like, symbolically placing the wearer within the machine-loving modernist culture of the space age.”  This association could have been even stronger for the buyer if they were purchasing this pair at Neiman-Marcus’ Houston store with NASA’s space center less than an hour away.

In this way Neiman-Marcus could ease customers into new styles without losing their reputation for classic upper-class elegance. This pair of heels then is an excellent example of a transition between old and new.