Bubble Up and Trickle Down

Before the Youthquake era, fashion of the rich and famous would inspire and influence the masses. Designers made clothes for the people of higher status, and fashion would continue to ‘trickle down’ the social hierarchy. In the 60’s and 70’s, a new flow of fashion emerged. Young people were rebelling against the social norms, inventing their own style inspired by self-identity and music. Individuality and authenticity were important to the youth of the period. Designers were inspired by people on the streets, especially from fashion of the walkers on Carnaby Street in London. This was known as the ‘bubble up’ theory: every-day people influencing mainstream fashion. 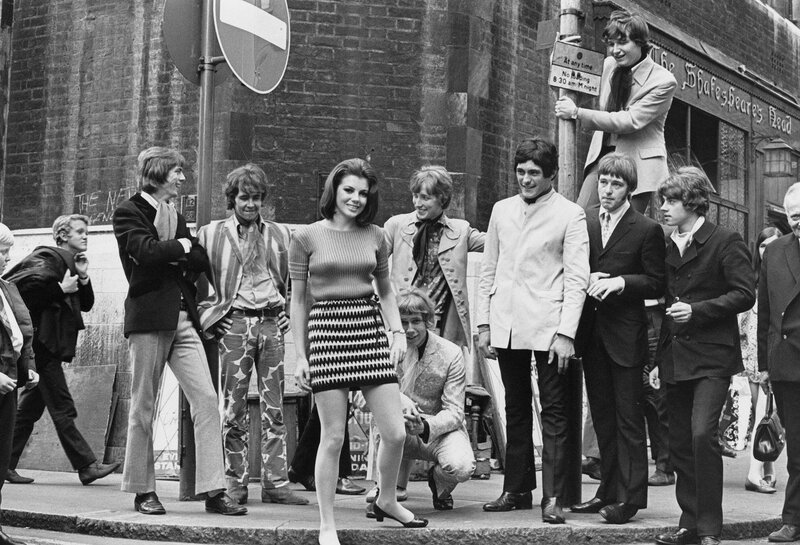 A group of people on Carnaby Street, by David Graves, Rex Features