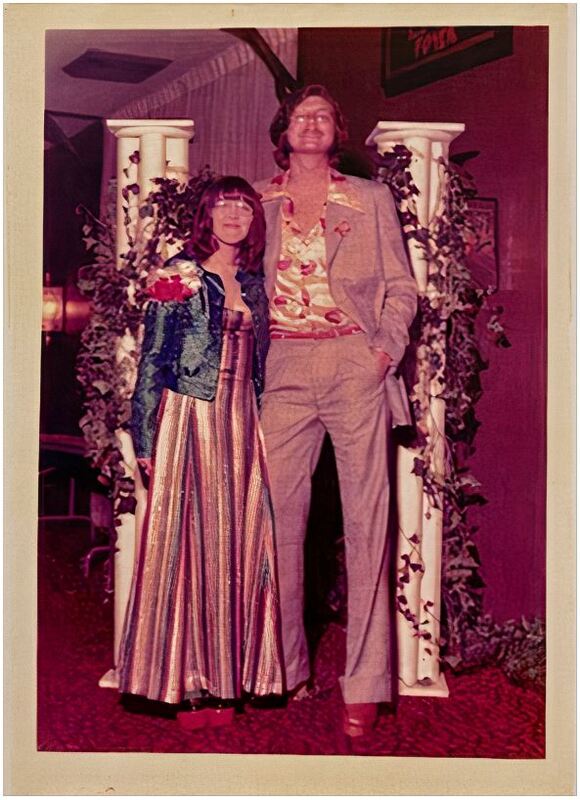 The Prom  The year was 1973. They beamed and waited for the photographer to snap their picture at Senior Prom. Mitzi and Lee were young, in love and ecstatic. Just months before this photo was taken, their outlook was not so rosy. Just months before, there existed the very real possibility Lee could be drafted to fight in the Vietnam War.  The looming fate of war was lifted on January 23, 1973 with the signing of the Peace Agreement, which entailed the swift withdrawal of US troops from Vietnam. Lee and Mitzi could finally breathe a sigh of relief, their future was no longer hanging in the balance. Young and in love, confident that the future was theirs for the making.

The Dress  Drawing inspiration from Ziggy Stardust, David Bowie’s alter ego, as well as the latest fashion magazines like Vogue, Harper’s Bazaar, and Seventeen, Mitzi designed her own prom ensemble. A one-of-a kind realization of her imagination brought to life by Ms. Evelyn Manning, the neighborhood seamstress who lived next door to the Mitzi Walker’s family. Ms. Manning worked from her home, sewing garments customers around the neighborhood. Mitzi had carefully crafted this look from head to toe, or more accurately, from toe to head. You see, she created this entire around her shoes, seen in the photo peeking out from under her maxi-length dress. Make note of the vertical striping in the shiny lam   fabric of her dress. 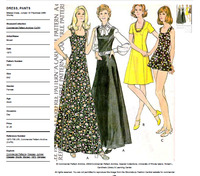 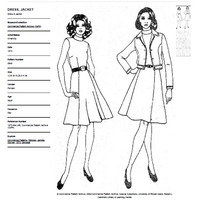 The Shoes  In the Spring of 1973, after learning the war was over but before prom, Lee and Mitzi decided to take a trip to New Orleans, LA. They drove the 800 miles round-trip, which took a little over seven hours each direction (the highway speed limit was 55 mph in 1973). Mitzi’s sister, Myra, was already away at college at the time, but could not believe their parents allowed Mitzi to go. Reflecting that Mitzi had likely informed her parents of the trip, rather than asking permission to go. It did not hurt that, along with Mitzi, the entire Walker family had fallen for Lee[1].

It was there, shopping the high-end department stores and boutiques in New Orleans, that Lee bought Mitzi this black velvet and satin outfit by Giorgio ‘Sant Angelo. It has a playful display of brightly colored dots and color coordinated buttons. To complete the ensemble, he bought her this pair of platforms slingback sandals, the vibrant rainbow motif reflecting the colorful dots of the outfit. The rainbow motif of the shoes was achieved by piecing together wide strips of colorful vinyl, aligned in such a way as to envelop the entire shoe. The colorful striped rainbow motif angles forward, leaning, suggesting movement. Forward movement.

These shoes were the core element about which her prom ensemble orbited. Recall the vertical striped lam fabric of her prom dress and blue metallic fabric of her jacket. In order to complete her vision, she sought out and selected fabrics that complimented her hip, new, rainbow-striped platform shoes, shoes she found 400 miles from home. 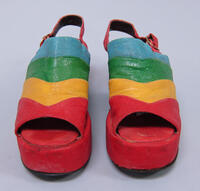