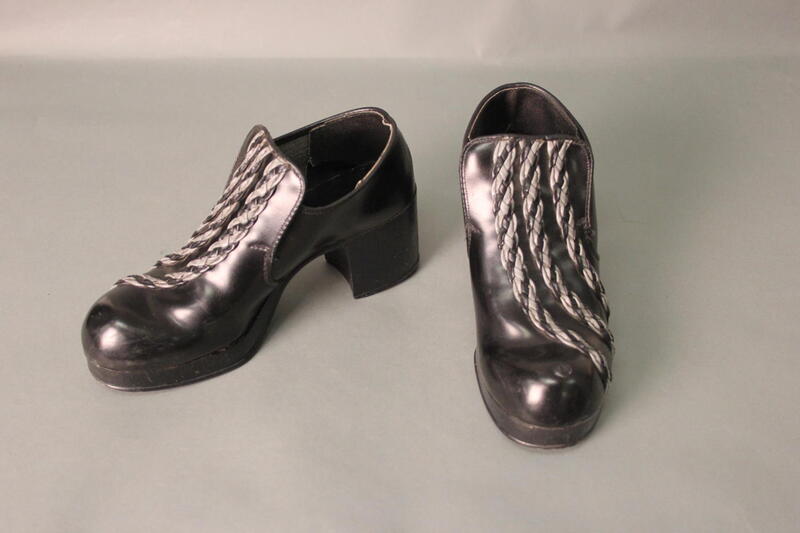 A pair of classic men’s black platform shoes with an Afrocentric twist. Sold by the Flagg Bros, a renowned shoe store based out of Nashville Tennessee, in 1975. Flagg Bros shoes were worn by famous celebrities like Elvis Presly and Jimi Hendrix. These pair of shoes were abandoned on a property at at 610 East 3rd Street in Austin, Texas, found and donated by Barentine J.P. III to the UNT Fashion Collection in 2016.

"Heels returned to men’s fashion in the mid-1960s as part of the Peacock Revolution which advocated that men had the right – indeed the responsibility – to dress more flamboyantly in keeping with the natural order seen in the animal world. Flamboyant, however, did not mean feminine. The majority of men’s fashions, including heeled footwear, were considered to be reclamations of men’s styles from the past or borrowings from men’s fashions in other cultures." Bata shoe museum “Standing tall: The curious history of men in heels” Google Arts and Culture

The side stepper takes us on a journey of fashion, music, celebrities and the gender neutral style of the Youthquake movement from the mid-1960s until the mid 1970s.

Property where Side Stepper was found in Austin, Texas 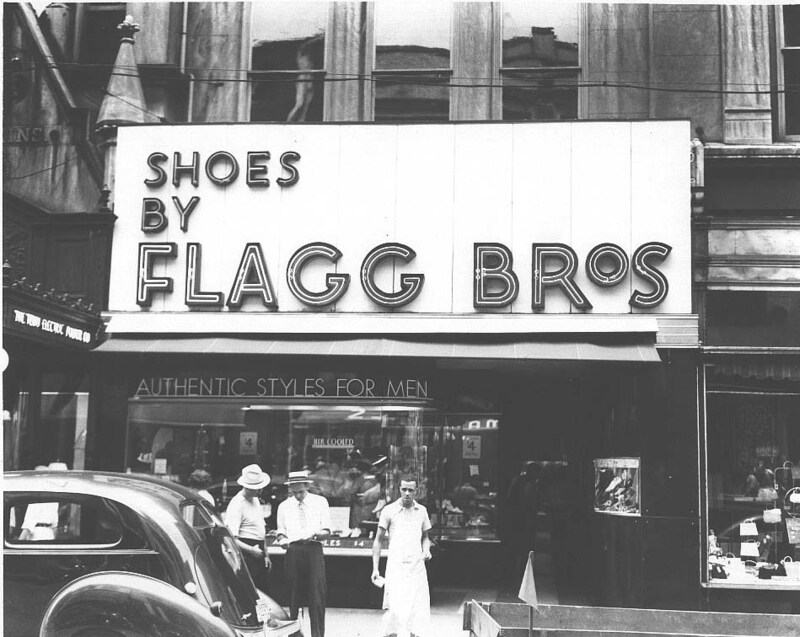 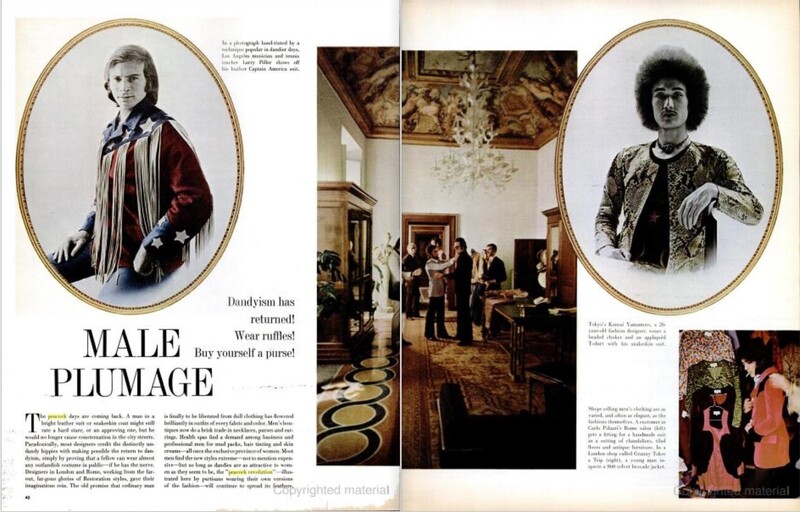 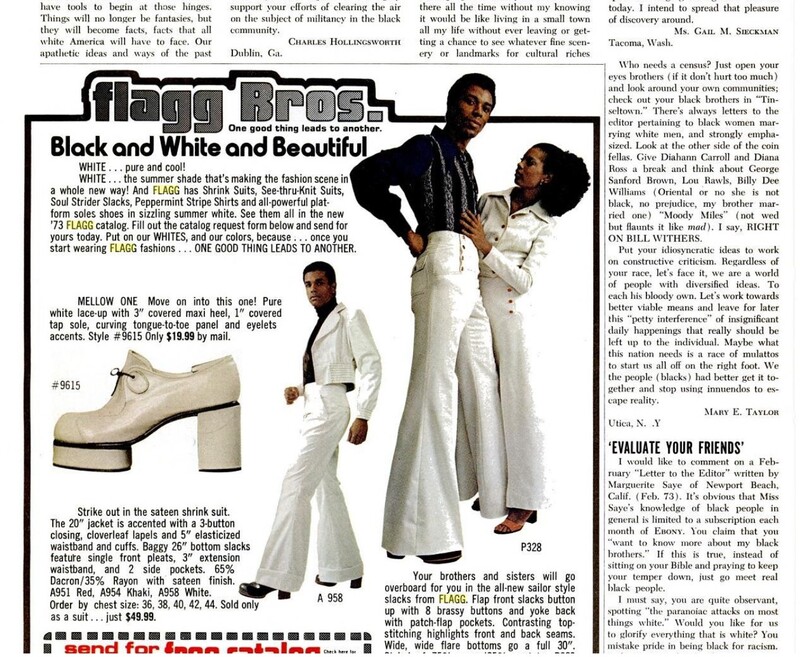 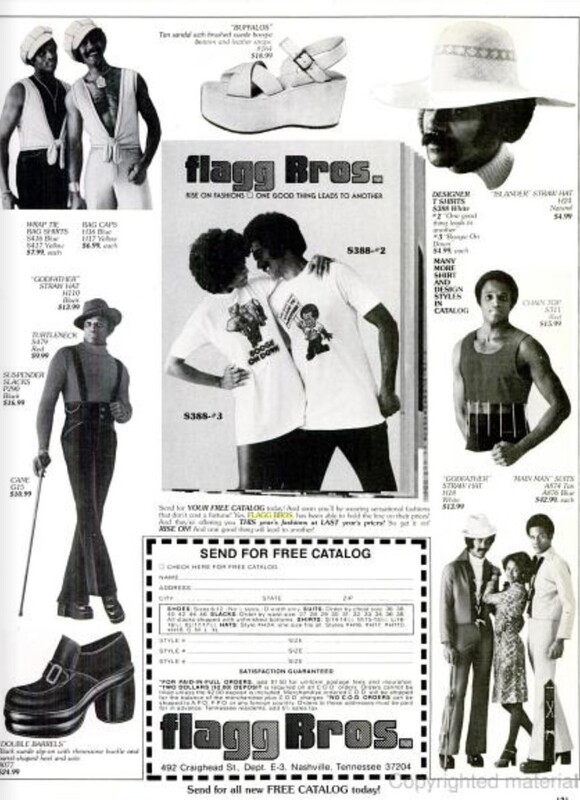 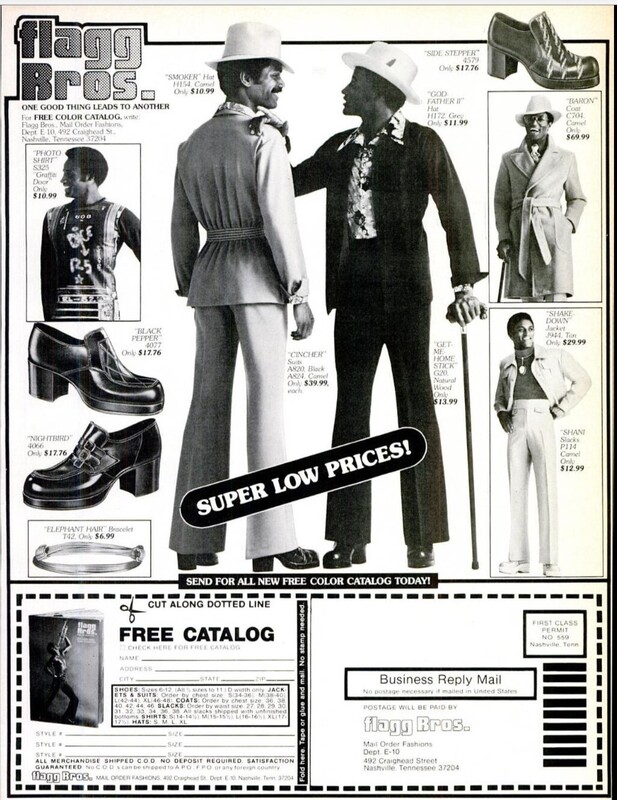 The Side Stepper Ebony Magazine October 1975 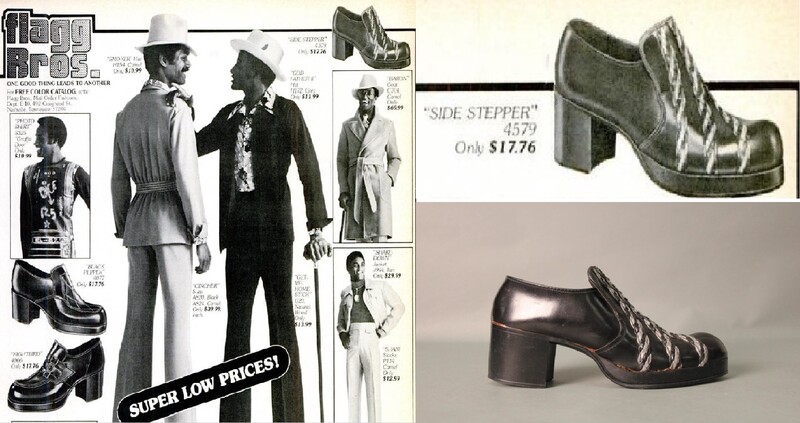 The Side Stepper Ebony Magazine October 1975 (2)

No item selected
Prev Next