The “American Flag Shoes” are a pair of red, white and blue bowling shoes. They are 25cm long, 8.5 cm wide, 8.5 cm high with a heel of 2 cm. These shoes feature suede blue star cutouts and red cutouts on the heel, toe and laces over a white leather base and tan soles. There are brown scuffs and marks on the toes and sides of the shoe. Red pigment stains the laces. This worn pair of shoes also features a half-erased stamp on the inside of the shoe, reading “Flings”. The inside of the shoe also features writing that cannot quite be made out. The most prominent design elements for this pair of shoes include the American flag and bowling style. 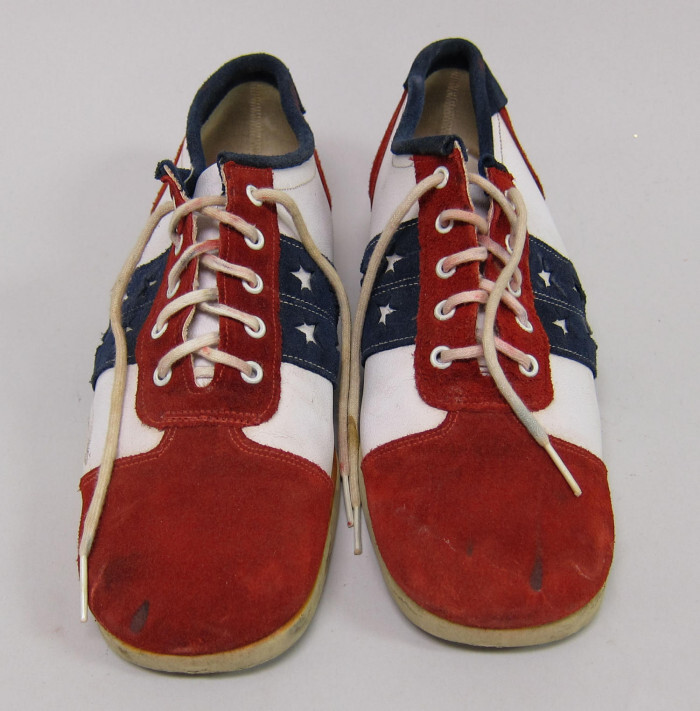 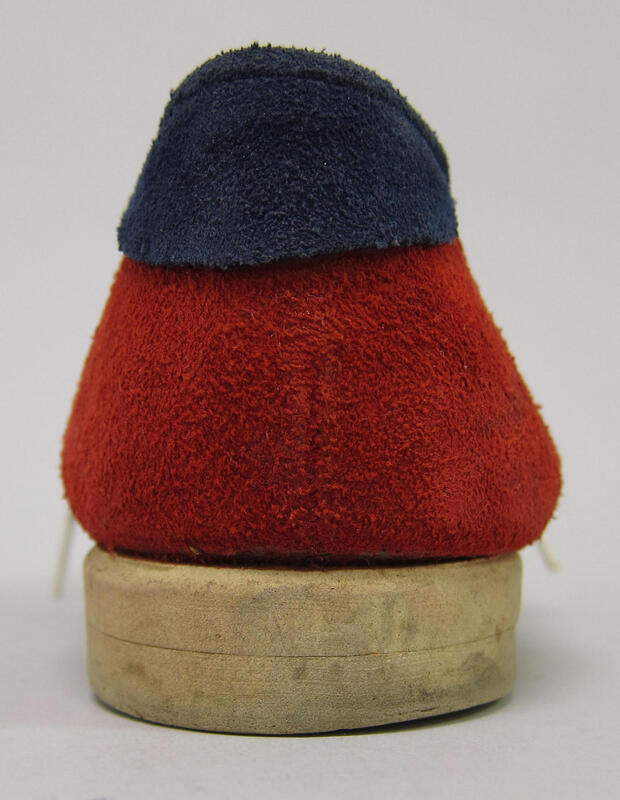 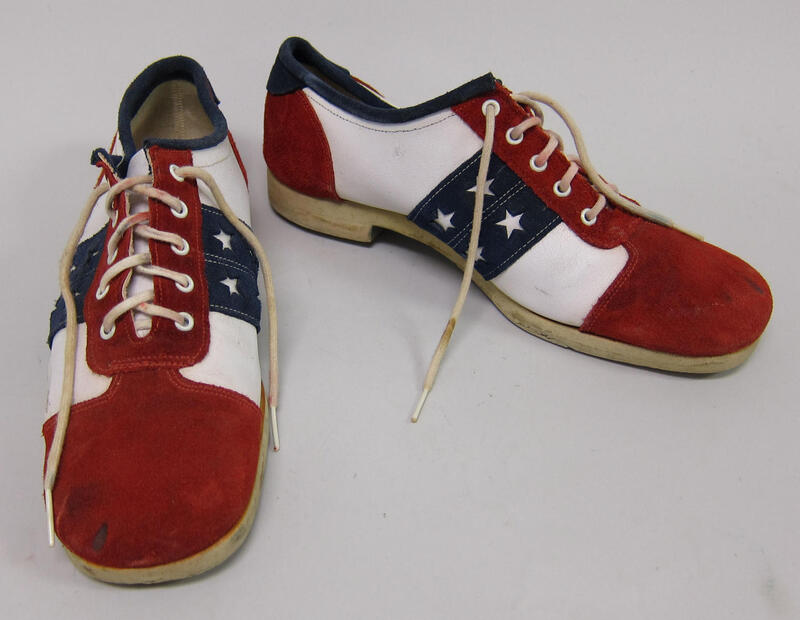 In London, mod fashion appropriated athletic shoes, including bowling shoes, likely because the young people adopting this fashion had to rely on walking or biking places. The youth, too young to go to pubs, would go to bowling alleys-this was especially popular amongst wealthy, Jewish communities. Johnny Moke, a British shoe designer, recalls going to bowling alleys and walking out with the bowling shoes, then removing the number marking the size. Bowling shoes, when originally designed were unattractive, but practical. In America, the evolving nature of fashion within bowling subcultures, particularly in women’s bowling leagues, resulted in options in bowling fashion for both men and women. Bowling and its fashion soon became an area of interest for National Beauty Queens who were featured in their ads and even fashion magazines like Harper’s Bazaar. 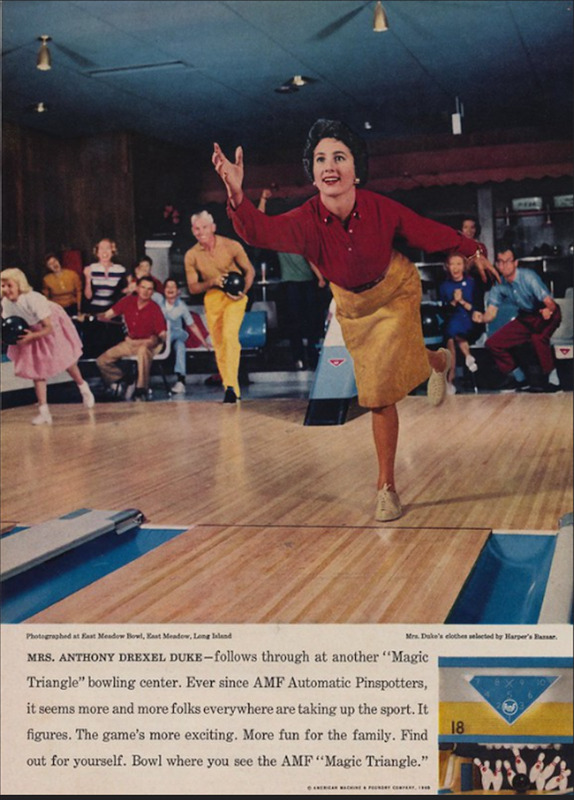 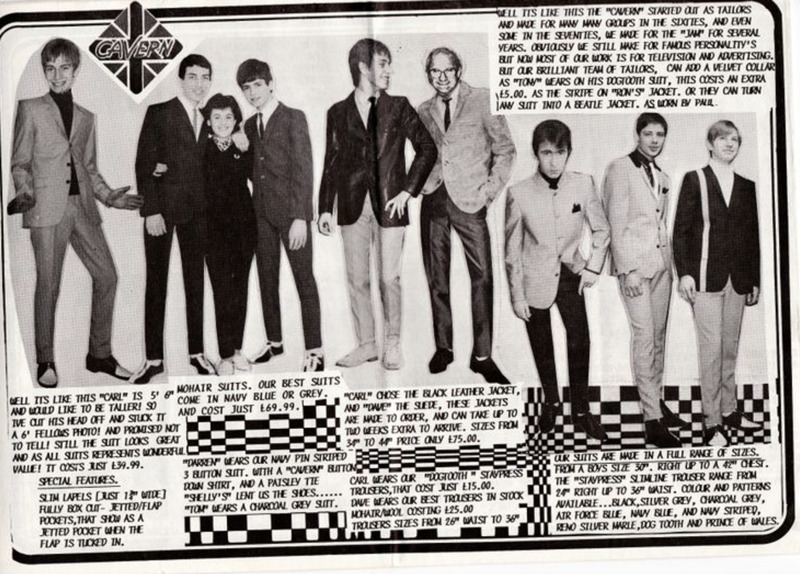 The other most prominent design element of these shoes, is their feature of the American flag. Love for this nationalist symbol started during Civil War when Northerners flew flags when Confederates won battles- before this, only military and federal facilities possessed flags. Very few pieces of jewelry and almost no garments existed showing the flag. In 1970, wearable flags became a political strategy. Republican candidates wore them as a symbol of patriotism. This directly contrasted the efforts of anti-Vietnam protestors who stitched the flag on the seat of their pants, like Abbie Hoffman, who was later arrested. Richard Nixon and his aides brought the flag lapel pin into national spotlight. They sold at a high rate during the Gulf War, and from then on, during crisis presidents and their aides will wear the pins in patriotic solidarity. This then becomes a devisive tool used to mark those who are "with or against" Americans and their values. The distributor of this shoe, Flagg Bros., marketed specifically towards Black Americans. This poses the question: “was this design made in celebration or subversion to its intended purpose?” Ads run by Flagg Bros feature black models, illustrations with afros and posing reminiscent to the Black Power Fist. While the Black Panther Party, popular at around the same time, subverted fashion items such as military berets, the uniform of the Black Panthers is a far cry from the flamboyant garments of the Flagg Bros. 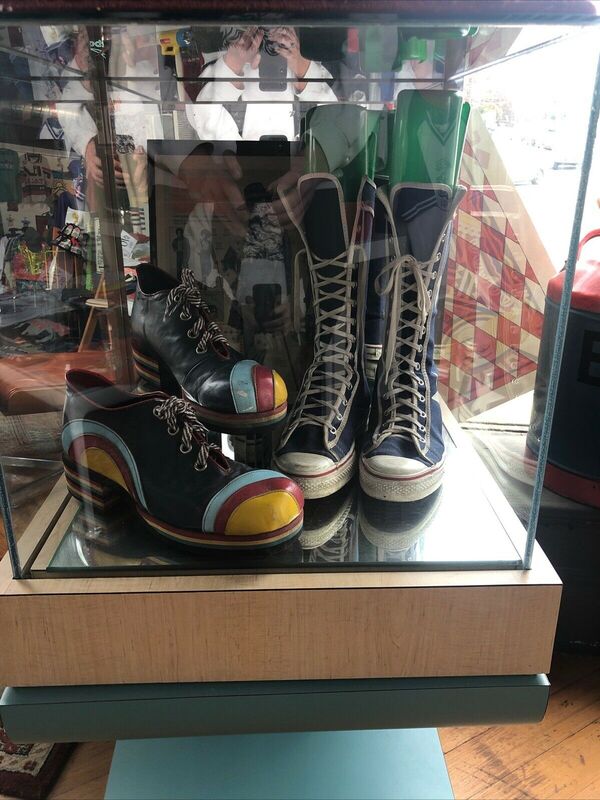 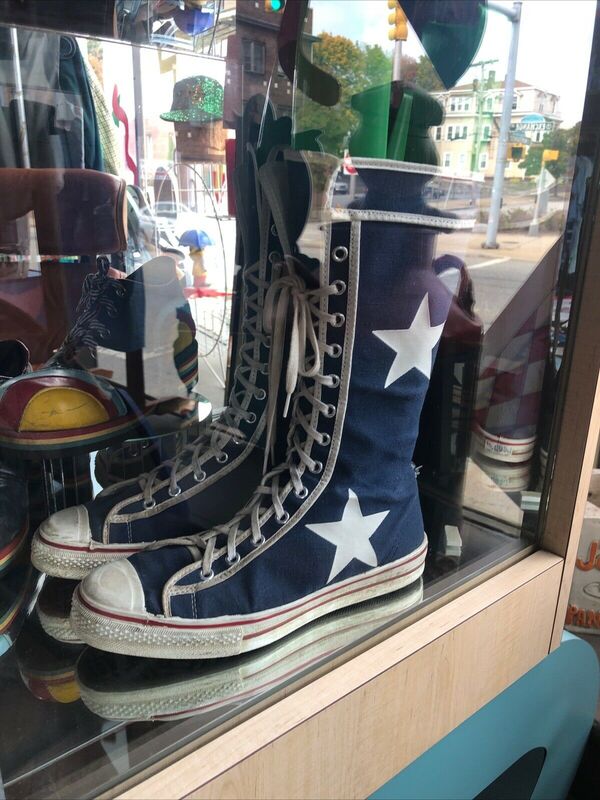