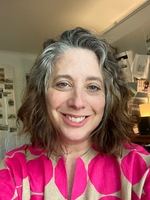 Paula Lupkin is a historian of architecture, design, and cities.  Through fieldwork, archival research, teaching, writing, and digital humanities projects, she examines the ways that capital flows and technological innovations carve patterns in the land, shape the design of the material world, and provide a framework for human relations. Supported by the Graham Foundation, the Charles Warren Center at Harvard, the Texas State Historical Society, and the Clements Center for Southwest Studies at SMU, she has been the author of books and articles on diverse topics including YMCA architecture, American interior design practice, and the relationship between beer, cannabis, and the design of Louis Sullivan's famous skyscraper, the Wainwright Building. Recent work on historic interiors includes Shaping the American Interior: Contexts, Structures, and Practices (Routledge, 2018), co-edited with Penny Sparke, and “The Telegraphic Interior: Networking Space for Capital Flows in the 1920s” in Interior Provocations (Routledge, forthcoming 2020). 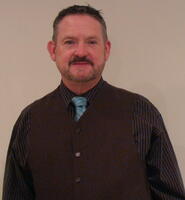 J. P. Barentine, III, sometimes known at Joe and sometimes known as Bix, was born in Silver City, New Mexico, in 1948, raised in Tyler, Texas: Bachelor of Journalism and Master of Arts from the University of Texas in Austin where he served on the Historic Landmark Commission in 1982; Juris Doctor from Southern Methodist University in 1987. He worked as a sole practitioner in Dallas until retirement in 2017.  In 2003 he began work as a volunteer docent at the Modern Art Museum of Fort Worth and is now docent emeritus.  He is known for his saucy wit at dinner parties and high sense of fashion.

Atinuke Adeleke is the owner and lead designer of the accessory brand Zuri Perle. She is currently pursuing her MFA in metalsmithing and jewelry with a focus on 3D design and digital fabrication, at the University of North Texas. She holds an undergraduate degree in Law and a Masters degree in Commercial Law. Her journey into jewelry, and subsequently metalsmithing, began in 2012. She has recently showcased her collections at New York Fashion and Kansas City Fashion Week. Her pieces have also been seen in Weekly Style Magazine, Fox 4 Kansas City, CNN Africa and Say Yes to the Dress.

Emily Potts was born in 1996 in Houston, Texas. In 2019, she received her Bachelor of Fine Arts in Sculpture from Texas State University. She is now an MFA sculpture student at the University of North Texas and enjoys working interdisciplinary. Recently Potts’ work will be exhibited in AXA Art Prize 2020 traveling from The San Francisco Art Institute in San Francisco, Kavi Gupta Gallery in Chicago, and New York Academy of Art in New York She currently works and lives in Denton, Texas. 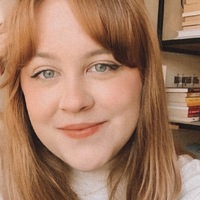 Macy Shackelford is pursuing her Masters of Art History at the University of North Texas as well as a certificate in Art Museum Education. She received her undergraduate degree in Merchandising from the University of North Texas. She expects to graduate in Spring 2022. Her interests include historic dress, impressionism, and museum education. Macy previously worked in the fashion and buying world for companies such as Neiman Marcus and Sally Beauty before pivoting her goals to pursue a career in art museums. If she could travel anywhere tomorrow it would be to the Scottish Highlands or the south of France. Some of her vices include London Fogs, Kpop, and old Hollywood movies. 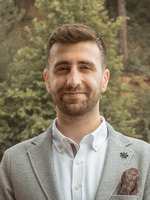 In Turkey, Ilyas Tan completed her bachelor's degree in art history, was born in 1992 in Istanbul. He was the vice president of the Art History Club at the University. During this mission, he participated in many organizations representing his university and he enabled young people to present their scientific studies by organizing a 3-day congress with the 45 students from 21 different universities. In 2017, he, who participating in many clubs and associations at the university, has been founder present of the International Voluntary Damla Association that contains 30 representative offices in Turkey by. The association, which carries out various activities from Bangladesh to Kosovo, still continues its volunteering activities. He investigated the place of baroque, which has many reflections in world art, in Turkish architecture and the relationship of this artistic place with politics. He also examined the Ottoman Rugs Exhibited in the New York Metropolitan Museum and had the opportunity to present at the ''VII. Art History and Turkish-Islamic Archeology Students Symposium''.  He has won the well-established scholarship program that has enabled to be Prime Minister, Minister and Bureaucrat in Republic of Turkey. Through this scholarship, he is currently continuing his graduate studies at the University of North Texas in the United States.

Claudia Eisermann recieved her undergraduate degree in Art History at the University of North Texas.  She now is pursuing her Masters of Art History at the University of North Texas graduating in May 2021.  Claudia has been concentrating her studies to miniature Mughal portraits.  Since 2019 she has worked as a Teaching Assistant at UNT.  Claudia lives in Keller, Texas but calls Denton her second home.   In her free time Claudia enjoys spending time with her husband and two kids, while trying to wrangle in her dog, Chancho Diego. 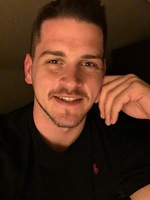 Jacob Philips was born and raised in Dothan, Alabama. He currently lives in Denton, Texas while pursuing a Master of Fine Arts degree in Sculpture at the University of North Texas. He received a Bachelor of Fine Arts degree in Sculpture from the University of Alabama at Birmingham in 2017. Since his time began at the University of North Texas, he is teaching Beginning Sculpture: Traditional Methods as a teaching fellow in the UNT sculpture program. Phillips is currently exhibiting at the VALA Gallery in McKinney,Texas.  In the Fall of 2020, he was in 30 Under 30 exhibition at the Greater Denton Arts Council in Denton, Texas. He recently had a solo exhibition at the Dallas World Trade Center. He has also exhibited in galleries such as The Limner Gallery in Hudson, N.Y.; Space One Eleven in Birmingham, Ala.; the Wiregrass Museum of Art in Dothan, Ala.; the Birmingham Museum of Art in Birmingham, Ala.; Lowe Mill Arts and Entertainment in Huntsville, Ala.; and the Abroms Engel Institute for the Visual Arts in Birmingham, Ala. 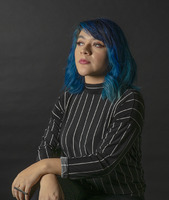 Diana Rojas is a new media artist and educator from Michoacán, Mexico. She is a graduate student at the University of North Texas pursuing her MFA in new media art. She has recently been included on artists' panels and intermedia exhibitions. Her interests include theology, metaphysics and sound. 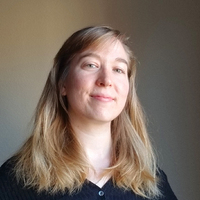 Lydia Moore has an undergraduate degree in Arts and Technology from the University of Texas at Dallas where she studied computer animation and digital art alongside tradtional art. Currently she is working on her Masters degree in Art History and a certificate in Art Museum Education at UNT to fulfill her goal of one day working in an art museum. Her interests in study include museology and museum education, illustration and design history, and 19th century European art.

Kelsey Shurbet is a pastel artist and oil painter from Denton, Texas. She graduated from the University of North Texas with a Bachelor of Fine Arts in 2015 and is currently a graduate student at UNT, pursuing her MFA in Drawing and Painting. She recently had a solo exhibition titled, Counting Seconds, at UNT's Cora Stafford. 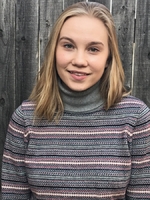 Natalie Howlett is pursuing her M.A. in Art History at the University of North Texas. She received her B.A. in History from Ithaca College in 2019. Her research interests include early modern Europe, gender and sexuality, and the history of fashion.

Nathan Harper is an interdisciplinary artist and educator from Florence, Alabama. He is a graduate candidate at the University of North Texas pursuing his MFA in New Media. His work has recently been included in international virtual exhibitions with the Shanghai Institute of Visual Art and The Barcú Virtual Art Fair in Columbia. His interests include semiotics, hyperreality, and post-digital identity. 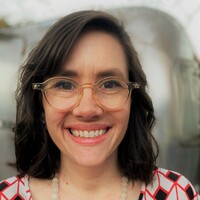 Ellis Kirkdorffer is pursuing an M.F.A. in Design with a concentration in Interior Design at the University of North Texas.  A practicing architect in Texas with over a decade of experience, she plans to teach at the University level after completing her M.F.A. She believes play is a critical life-skill for people of all ages.  Her love of toys, LEGO and all things play has become less conspicuous since becoming a mother. While it has not been easy, Ellis' ability to share has improved, somewhat.