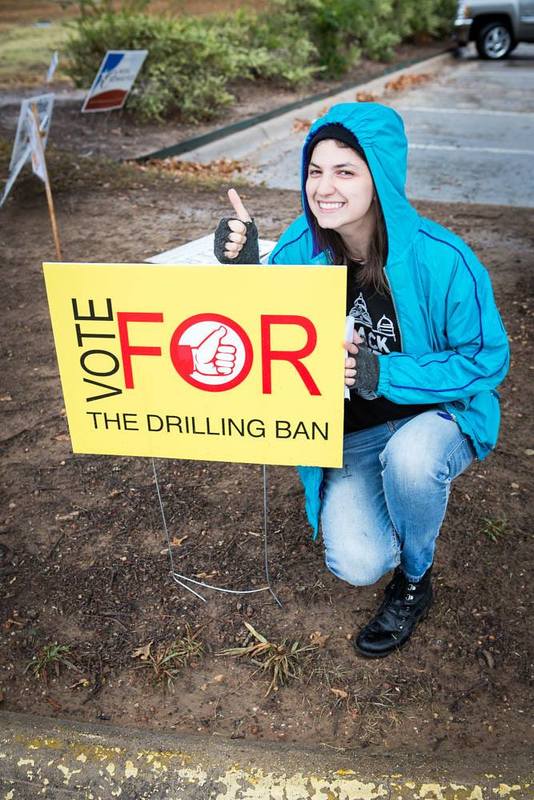 Cindy Spoon is a social justice activist from Texas. She was born in Arlington, Texas, and at a young age she moved to San Antonio, Texas. In 2008, at 18 years old, she moved to Denton to attend the University of North Texas, where she graduated with a degree in International Studies. Before coming to fracking, Spoon had already been immersed in local politics. Spoon remembers moving to Denton during President Obama’s 2008 election; the first election she could ever vote in. From that point on, Spoon became involved in local politics. She marched with anti-war protesters and protested the death penalty in Texas. She specifically worked on a campaign to free Rodney Reed, an innocent Black man, who was on death row.

In Spoon’s story, she reflects on the role of activism and expresses her frustration with the reversal of the fracking ban. In her oral history, she comments on what environmental activism means to her, stating that it is not just about recycling or caring for the whales, but shedding light on the human toll, indicating humanity’s connected fate to the planet.

To learn more about Spoon’s experiences, please listen to her full interview. Shorter, thematic clips may be accessed through the site’s search.