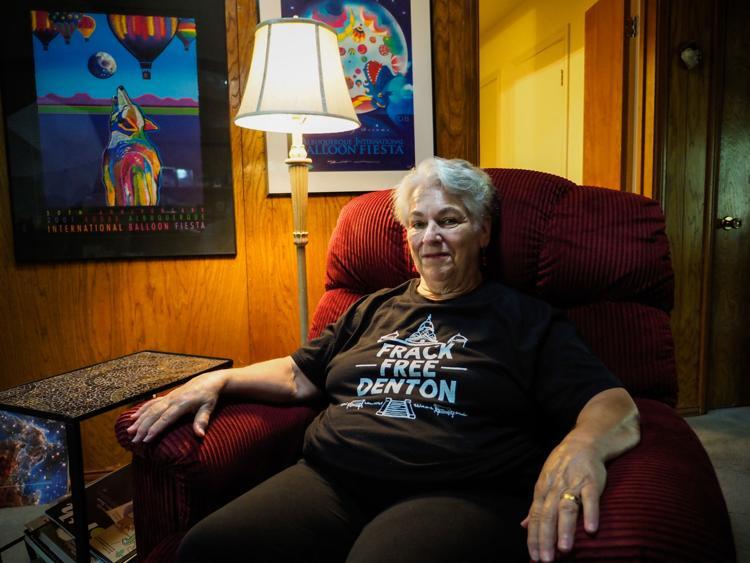 Rhonda Love is a retired professor of public health and psychology, and the secretary of the Denton Drilling Awareness Group, a position she has held since the group’s founding. She was a key member in leading efforts to regulate fracking in Denton before the Frack Free Denton campaign, worked extensively as an organizer during the campaign itself, and continues to represent DAG on the Denton City Council.

Rhonda came to Denton in 2009, where she soon became involved in community issues. After attending a seminar on the problems residents faced with frack sites in the city and became aware of its health and safety risks, she wound up as a founding member of DAG alongside Cathy McMullen, Ed and Carol Soph, Adam Briggle, and others. As secretary, she coordinated their efforts with Denton City Council. Like Briggle and the Soph’s, she is a proponent of the “precautionary principle,” and, having co-authored a paper on the health effects of drilling, strongly believes that the detriments to public health caused by hydraulic fracking in the city outweigh its economic benefits.

Since the events of 2014-15 with the ban and HB40, Rhonda has continued in her roll as secretary of DAG, which meets monthly at her home in Denton. At the time of her oral history interview, she had just taken part in a city council meeting on zoning (with which she was dissatisfied) and sees DAG’s work as continuously relevant.

To learn more about Love's experiences, listen to her full interview. Shorter, thematic clips may be accessed through the site's search.