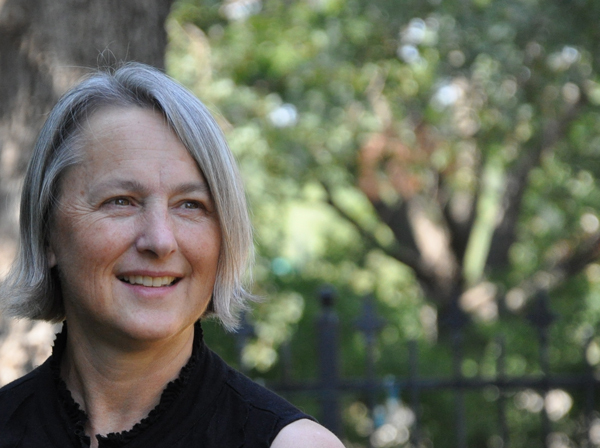 Peggy Heinkle-Wolfe lives and works in Denton. She received her master’s degree in journalism at the University of North Texas, and she has been a reporter for the Denton Record Chronicle (DRC) since December of 2005. Heinkle-Wolfe is well known in the movement for chronicling the story of fracking along the Barnett Shale since 2006. While she has a lengthy bibliography that covers drilling, including storying the Frack Free Denton movement, she is also committed to researching, advocating for, and supporting people with Autism. In 2008, she published her book, See Sam Run, A Mother’s Story of Autism, which details her relationship with her son and the journey they embarked on together after he was diagnosed with Autism.

In her oral history, Heinkle-Wolfe reflects on the movement to ban fracking, and recalls what it meant for her to report during such a divisive time. She describes her job as a commitment to the community whether that means reporting on environmental injustices or shedding light on the nuances that matter most to Denton and its readers. She also discusses her process for writing the fifth anniversary article, which was published on November 2, 2019.

To learn more about Heinkle-Wolfe’s experiences, please listen to her full interview. Shorter, thematic clips may be accessed through the site’s search.